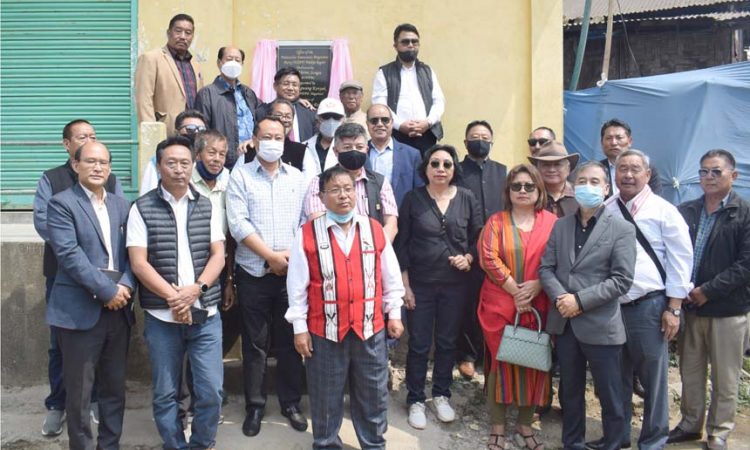 Dimapur, April 8: Chief Minister Neiphiu Rio has asserted that the Nationalist Democratic Progressive Party (NDPP) will continue to have seat-sharing arrangement and political alliance with the Bharatiya Janata Party (BJP).

A press release received here informed that Rio made this statement on Thursday at Wokha town during the inauguration of NDPP Wokha region office.
Responding to suggestion from the Wokha region president that the party ought to have more elected representatives from the district, the Chief Minister said that “NDPP is regional in character but national in outlook”, for which friendship with the BJP needs to continue.
He said the PDA government and the BJP-NDPP alliance are doing well and will continue to strengthen their relationship.
According to him, NDPP has now become a brand with people rushing to seek its ticket to contest election, and referred to the recent Noksen bye-election as a case in point.
On Naga issue, Rio said that with shared vision and interest, the opposition (NPF) and the ruling government is moving together to bring permanent peace in Nagaland. “We must all work, think and work together to bring permanent peace in Nagaland and by building a relationship to sort out differences and create a history,” he said.
Chingwang Konyak, the president of NDPP, inaugurated the office building. In his short speech, Konyak said that to strengthen the party, all active party workers and members need to streamline and play a vital role, starting from grassroots.
He mentioned that through the interest and initiative of Chief Minister Neiphiu Rio, NDPP part will soon have its regional office in all the districts.
Earlier in the day, the NDPP party laid a foundation stone for Tseminyu office and later inaugurated the Wokha office.
Advisor for Horticulture & Border Affairs, Mhathung Yanthan said that the party was getting more attention and gaining momentum in the district.
He said that NDPP is a refined party, writing on the popularity of CM, stating one example of the recent bye-election in Noksen.
He told the party members attended the event that NDPP will continue winning an election in the state and lead the government through the dynamic leadership of Rio and various senior political members of NDPP. He claimed that only NDPP will bring change in Nagaland.

Abu Metha, Secretary-General of NDPP, said that the party reflects the aspiration, desires and interest of the Naga people. He claimed that the high command of NDPP is the grassroots level.
Metha said that the party cannot grow in isolation and requires partnership, stating that NDPP is in alliance with the biggest political party in the country. (Page News Service)