Dimapur, April 2: The NDPP 5 Ghaspani-II A/C kicked off their campaign for Tokheho Yepthomi, NDPP candidate for the ensuing Lok Sabha election in the presence of constituency MLA, Zhaleo Rio, IAS (Retd.), Speaker in-charge, NLA, on March 29.
Speaking at the kick-off campaign at Sovima, Zhaleo Rio briefed party officials on achievements of PDA Government and also about objectives set for the future. He reiterated that “deeds always define commitment and dedication in politics too” and that the PDA will leave no stone unturned to usher in holistic development for everyone in all spheres beginning from the grass root level, said a NDPP 5 Ghaspani-II A/C press release.
Zhaleo also warned party workers to be prepared against rumours, false propaganda and fear psychosis that are routinely created and spread by social media abusers.
Among the many, Charlie Sekhose, NDPP Dimapur & Peren District in-charge also spoke on the occasion.
Meanwhile in a separate release, the NDPP 5 Ghaspani-II A/C has acknowledged all new party members including the 7 MLAs from Eastern Nagaland who have pledged to support the PDA candidate in the Lok Sabha polls scheduled on April 11. (Page News Service) 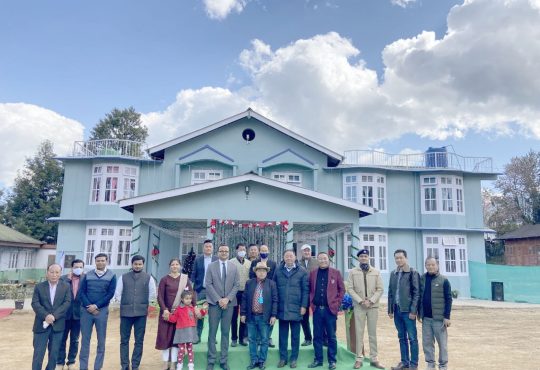