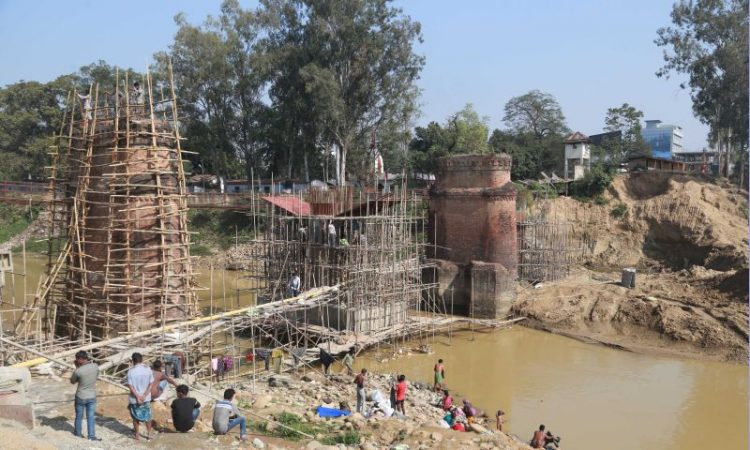 Dimapur, October 17: Naga Council Dimapur has questioned the delay in construction of old Dhansiri bridge, which has come to a grinding halt and demanded immediate resumption of works and completion before Christmas season.
The NCD said a befitting penalty should be given to the concerned parties involved, if the work is not completed. Quoting the contract agreement, the Council said that all the works must be completed within 24 months from the date of issue or the order, otherwise penalty be charged as per the rules of the contract agreement.
As per the work order vide approval No. CE/R&B/CORR/UD 2008-09/08 dated 16/02/2010, an amount of Rs 9,25,3100 was granted for the construction of RCCT-Beam bridge over the Dhansiri river to M/s Aien Meren Enterprises, CL-1 360 NPW, Dimapur Nagaland.
The NCD expressed surprise that after dismantling the old Dhansiri bridge, the construction works which was supposed to be started right away has come to a standstill. It said all legal tangles and pending issues of handing over the construction works to the Urban Development by the PWD (R&B) division has been completed and a No Objection Certificate (NOC) has been obtained.
With the Nagarjan bridge almost on the verge of collapse and the old Flyover near Hotel Sente also in precarious stage, the Naga Council demanded an immediate resumption of the halted works, “otherwise the people of Dimapur have no other option but to come out in the street and agitate.”
It said Dimapur town has been facing severe traffic congestion even on normal occasions, and with the festive season, more traffic problems seems to be on the door for the citizens as well as to outsiders visiting the state.
The NCD urged the Urban Development Department to look into the plight of the public.
(Page News Service)