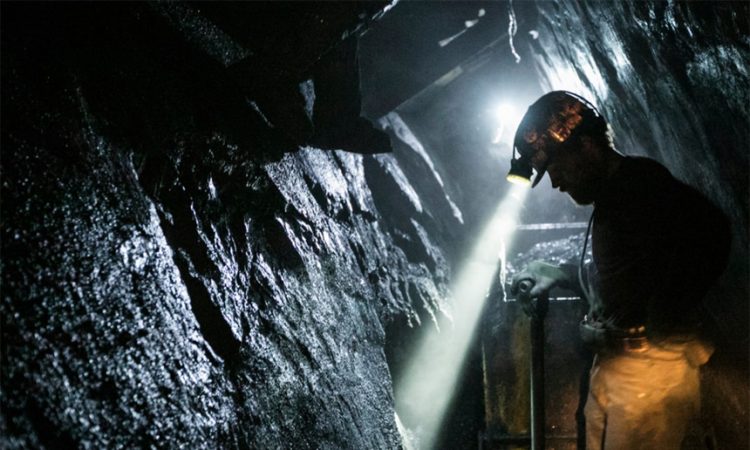 Shillong, June 12: The Indian Navy, which was able to pull out three bodies from a flooded mine in Meghalaya using a sophisticated machine in 2019, will be joining operations to rescue five miners trapped for 13 days in another such illegal coal mine in the state, an official said on Saturday.

The water level in the mine at Umpleng in East Jaintia Hills district, which was decreasing for the past few days due to dewatering exercise, has gone up again to 37.5 metre following rain affecting rescue operation.
Around 60 personnel of the National Disaster Response Force (NDRF) and various state agencies are waiting for the water level to come down to about 10 meters in the 152 metre deep pit, as that is the maximum level in which they can work.
“A team of rescuers from the Indian Navy are on their way to (district headquarters) Khliehriat to assist us,” East Jaintia Hills Deputy Commissioner E Kharmalki told PTI.
A magistrate posted at the site said that the Navy team has divers and is equipped with machines.
However, it is not immediately known whether the Navy divers will bring the remotely operated vehicle (ROV), with the help of which they had managed to locate three bodies weeks after the shaft of another mine at Lumthari in the same district was filled with water from a river on December 13, 2018.
The unmanned ROV had been sent down the flooded rat- hole coal mine to determine visibility inside it.
At least five people have been identified by the district administration – four from Assam and one from Tripura – who got stuck somewhere inside the rat-hole mine after it was flooded following a dynamite explosion on May 30.
The rat-hole mine at Umpleng, about 20 km from Khliehriat, the headquarters of East Jaintia Hills district, was flooded after a dynamite explosion on May 30.
Hazardous rat-hole coal mining is not permitted in Meghalaya after the National Green Tribunal (NGT) banned it in 2014.

A deep vertical shaft is dug till coal seams are found in the rat-hole mining. Once the seams are found, coal is taken out through small holes along the horizontal line of the coal seams.
Six co-workers of the trapped miners escaped the tragedy as they were outside the mine at the time of the incident and they have been escorted to their homes in Assam.
The police have arrested the owner of the coal mine, Shining Langstang, and charged him with violation of the NGT order banning unscientific mining and transportation of coal.
The ‘Sordar’ (mine manager) is on the run and a lookout notice has been issued since he was the one who brought migrant workers from Assam and Tripura to work in the illegal mine, a senior police officer said.
Based on the account of the survivors, an FIR was registered. (PTI)