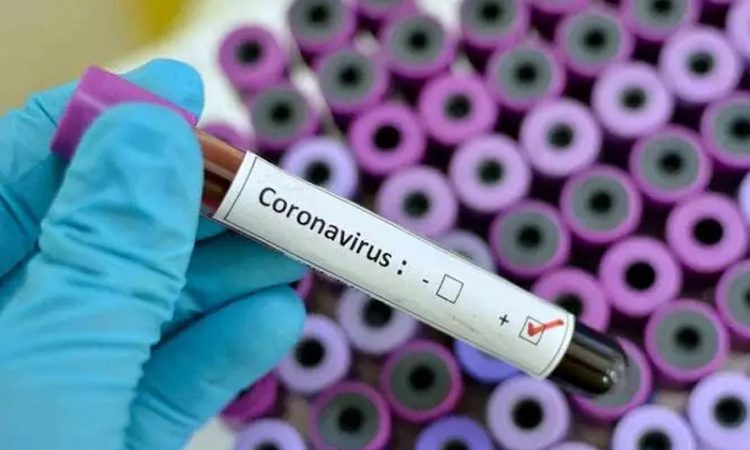 New Delhi, June 15: India’s COVID-19 tally rose further on Monday to cross 3.3 lakh and the death toll surpassed 9,500 even as the central and state governments stepped up their focus on ramping up testing capabilities and availability of beds for treating those infected with the dreaded virus infection.
Prime Minister Narendra Modi will also interact with chief ministers of states and representatives of union territories on Tuesday and Wednesday to discuss ways to check the pandemic as a phased lockdown exit continues across the country.
Amid rising number of cases, Tamil Nadu government announced total lockdown for Chennai and its suburbs from June 19-30 when only essential services would be allowed. The decision followed suggestions from an expert panel on scaling down lockdown relaxations to check the spread of the virus in the state, which recorded 44 deaths and over 1,800 new cases to take its tally to 479 fatalities and over 46,000 confirmed cases.
At the same time, Delhi and Gujarat governments said they had no plans to reimpose the lockdown again amid persistent rumours about re-imposition of the curbs, particularly in the national capital where the cases have seen a rapid increase in the recent past.
The number of COVID-19 tests would be increased to 18,000 per day in the national from June 20, the ruling AAP and the main opposition party in the Delhi BJP said after an all-party meeting held by Union Home Minister Amit Shah.
Besides, necessary equipment like oxygen cylinders, ventilators and pulse oximeters for treatment of COVID-19 patients will be provided by the Centre to Delhi and 37,000 beds will be arranged by the month-end for patients in Delhi.
Nearly 5,000 tests per day are estimated to be done at present in Delhi, which recorded 1,647 new cases to take its tally to close to 43,000 while the death toll rose past 1,400.
The Delhi government has also directed all laboratories and hospitals to work on their full potential, ramp up their COVID-19 testing capacity to meet the increased demand of processing samples and process the samples within 48 hours.
Delhi’s Health Minister Satyendar Jain said laboratory facilities under the Centre in the national capital are being extended to the city government.
In its morning update, the Union Health Ministry said the number of confirmed cases across the country has risen to 3,32,424 after 11,502 new cases were recorded in 24 hours since Sunday 8 AM, while the death toll rose by 325 in this period to 9,520.
These include nearly 1.53 active cases, as close to 1.7 lakh have recovered already to give a recovery rate of over 51 per cent, the ministry said.
However, a PTI tally of figures announced by different states and UTs showed the nationwide death toll having risen further to 9,733 as of 9.45 PM, while it also showed the total number of confirmed cases having risen to close to 3.33 lakh.
Several other states also announced plans for ramping their testing infrastructure and the number of beds for COVID-19 patients.
In Telangana, the state government allowed private labs to conduct COVID-19 tests, while fixing the charges at Rs 2,200. It also fixed the fees for treatment in private hospitals.
The Karnataka government also said private hospitals would be roped in to treat COVID-19 patients and uniform rates across the state would be fixed for everything from testing to treatment at those institutions.
Maharashtra, the worst-hit state, announced that classes for 9-12 standards would begin from July 1, except for in the red zone areas, while classes for 6-8 standards would begin in August.
The state also saw suburban train services in Mumbai, known as the city’s lifeline, resuming after nearly three months, but only for ferrying people engaged in essential services.
Among other states and UTs, new cases were also detected across Gujarat, Madhya Pradesh, Goa, Kerala, Karnataka, Andhra Pradesh, Puducherry, West Bengal, Odisha, Assam, Nagaland, Mizoram, Himachal Pradesh, Jammu & Kashmir, Uttar Pradesh and Uttarakhand.
India is the world’s fourth worst hit nation by the novel coronavirus infection in terms of total number of confirmed cases after the US, Brazil and Russia, as per the online COVID-19 tracker of Johns Hopkins University. In terms of the number of deaths, India is ranked ninth after the US, Brazil, UK, Italy, France, Spain, Mexico and Belgium.
India is ranked sixth with regard to the number of recoveries, after the US, Brazil, Russia, Italy and Germany.
Globally, nearly 80 lakh people have tested positive for the virus ever since it was first reported in China last December, while more than 4.34 lakh have lost their lives. However, nearly 38 lakh have recovered too worldwide. (PTI)