Dimapur, January 24: The National Girl Child Day was celebrated across the State on January 24.
Mon: National Girl Child Day celebration today in the DC’s conference hall, Mon.
Bonnie, vice president, KNSK, in her keynote address said that giving opportunity and empowerment to girls should begin at home. And if a girl and women are in the decision making then big changes will definitely come, she said.
During the occasion, the district administration felicitated the top three girls’ students who scored highest marks in HSLC 2018 result under Mon district. The awardees were N.Zamyum K, daughter of Nyamphoa of St. John Hr. Sec. School, Mon; Rasna Begam H, daughter of Helal Uddin of Christ King High School, Mon and Ngapkai L. Tahkaishu,daughter of Leiyang of Don Bosco Hr.Sec School, Mon.
Thavaseelan K. IAS, DC Mon and Imnalensa, IPS, SP Mon gave away the certificates and cash to the awardees.
Earlier, the programme was chaired by Imliwapang Aier, EAC Mon.
Wokha: Joining the rest of the country, Wokha celebrated National Girl Child Day (NGCD) under Beti Bachao Beti Padhao at Town Hall on January 24.
Miss Wokha & 1st runners up Miss Nagaland, Grace W. Ezung while delivering a short speech said that the survival of human race depends on womenfolk and therefore we need to give special attention and avoid discrimination towards the girl child. To have a progressive society, Grace opined that the society need to extend support and create more opportunity and give equal weightage to girl child.
ADC Wokha, Mhathung Tsanglao said that the district is celebrating the NGCD in a befitting manner as the district has being conferred with the recognition as one amongst the best district in the country in implementation of Beti Bachao Beti Padhao project.
Within the two and half months the district has conducted more than 80 workshops last year.
Sr. Dental Surgeon & DNO NTCP Dr. Meribeni Odyuo highlighted health hazards on the usages of tobacco related products
Peren: Peren Celebrated National Girl Child Day under Beti Bachao Beti Padhao at Jalukie Town Hall today with ADC Jalukie, Dr Tinojongshi Chang as special guest.
In his address, the ADC appealed to the gathering to uphold the spirit of equality in society, in terms of boys and girls education without discrimination so as to enable equal status for all.
Dr. Rev. Fr. Francis Principal St. Xavier College called upon the participants to change their mindset for speedy transformation of society.
Social Welfare Department officials from Peren, Jalukie, Tening, Nsong and Ahthibung along with Anganwadi workers from Jalukie attended the function.
Tuensang: National Girl Child Day 2019 was held at CKS Hall Tuensang today which was organised in collaboration with the District administration, Social Welfare Department and Health and Family Welfare. Baby Show competition was also held on the occasion.
Deputy Commissioner Tuensang, L. Jamithung Lotha in his speech stressed on the importance of such programme so that the girl sex ratio should be improved in reference to that of 2011 census.
In his key note address, Sr. Gynecologist, DH Tuensang, Dr. Yanranthung enlightened the parents about the motive of the government in organizing such programmes. He gave a detailed statistics on decreasing sex ratio of girls between zero to six years of age.
In his address he mentioned that as far as Nagas are concerned we are liberal but being in a patriarchal society there might exist some discrimination against the female child which should be checked.
The programme was chaired by ADC Tuensang, Mekala Chaitanya Prasad IAS while Hutai Sema, DPO ICDS Tuensang gave the welcome address.
Out of 47 girl child participants in the baby show competition the winners were declared as follows: 1st Ralila, daughter of Lumisila, 2nd – Sangdila, daughter of Easter Sangtam, 3rd – Somenchila, daughter of Ellensangla. The panel of judges were Chubala, Principal, School of Nursing Tuensang, Dr Yaren, SMO, DH Tuensang and Kelli, DTO Tuensang.
(Page News Service) 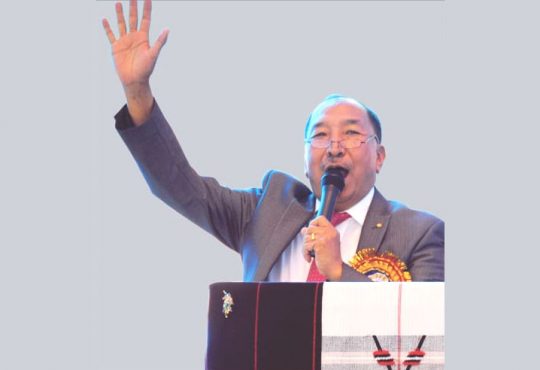 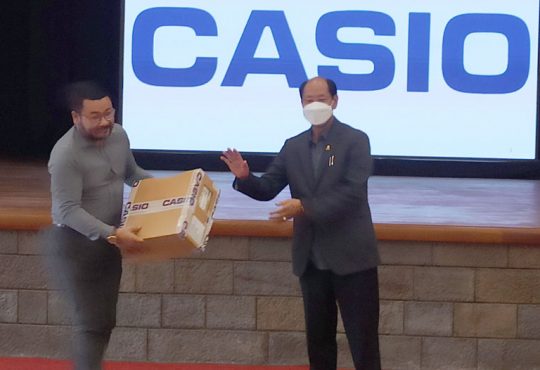 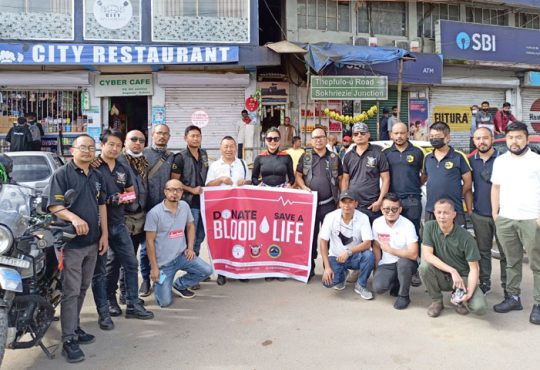