Sign in
Home Infotainment National Award-winning Assamese film, Ishu starts a new conversation on witch-hunting – but from a child’s perspective

National Award-winning Assamese film, Ishu starts a new conversation on witch-hunting – but from a child’s perspective 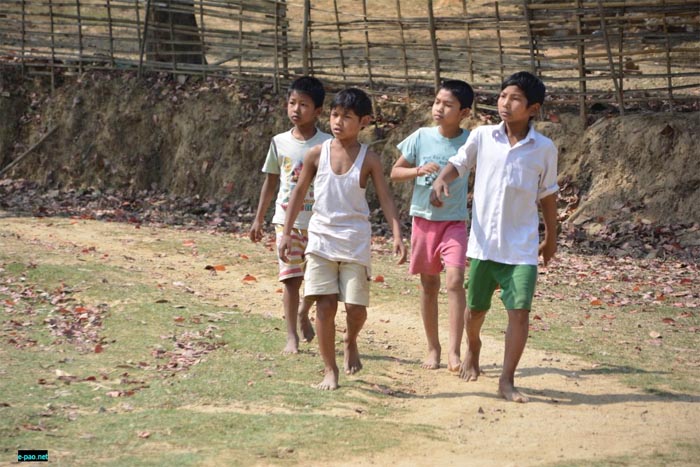 The Assamese movie, which tackles witch-hunting, will travel to New York this May.

“Do witches take away small children?” At least, in the villages of Assam, they are made to believe so. Ishwar Prasad Rabha, (or Ishu as everyone calls him), the 10-year-old protagonist of National Award-winning film, Ishu, made by Utpal Borpujari, wonders if they are. His favourite aunt has been branded as a witch and banished from the village, and the young boy, justifiably disturbed, sets out to bring her back.
What’s ironic is that even though Ishu is quite obviously a work of fiction, it draws inspiration from the very real incidents that happen in the remote parts of Assam and Meghalaya. Here women, and sometimes even men, are branded as witches, tortured, and killed on a scarily regular basis. “Witch-hunting is a punishable offence, and the extent to which it is practised is disturbing,” says Borpujari, who has based Ishu on Assamese author Manikuntala Bhattacharjya’s book of the same name.
“Witch-hunting is often used as a means to settle personal scores but if you look at it from the point-of-view of a child, like we have done in Ishu, you get a new perspective,” he says. For research, the journalist-turned-filmmaker went to areas hit hardest by the practice. In Rampur, near Goalpara, known for the Badungduppa Kala Kendra theatre group which fights social evils including witch-hunting, he found much support.
“I shot in and around Rampur where witch-hunting is rampant,” he says. Borpujari feels the need to pick up stories that not many people do – his previous movies Mayong: Myth and Reality (2012), Soccer Queens of Rani (2014) and Memories of a Forgotten War (2016) (Ishu happens to be his first feature film), document lesser-known tales from the Northeast. “I started making films because I felt the medium was the best way to represent the stories I wanted to tell,” he says. Ishu was produced by the Children’s Film Society India, and has already made rounds in the film festival circuit of India, and abroad. Next month, in May, it will travel to New York.
On the Assamese film industry, Borpujari comments, “It’s in a bad shape. It’s not like films are not being made. Lot of young boys and girls are making great Assamese movies on sensitive issues. The problem is that films are not being watched.” According to him, the lack of cinema halls in the region ensures that films never reach the villages and small towns, which is where the target audience lies. “We need a concept of a travelling mobile cinema, like in Goa or Orissa. Until then, Assamese cinema will languish,” he says.
In a trend unusual for a country that produces the largest number of films in the world, Assam is witnessing a boom in the theatre industry. Actors and audience alike flock to theatre which is thriving mainly because of one reason: reach. The mobile theatre industry of Assam, which travels to its remotest corners, trumps the film industry in all aspects possible. “Theatre is more lucrative. Theatre pulls more crowd. Theatre goes to the people,” says Borpujari. And therein lies the rub. (Courtesy: IE)