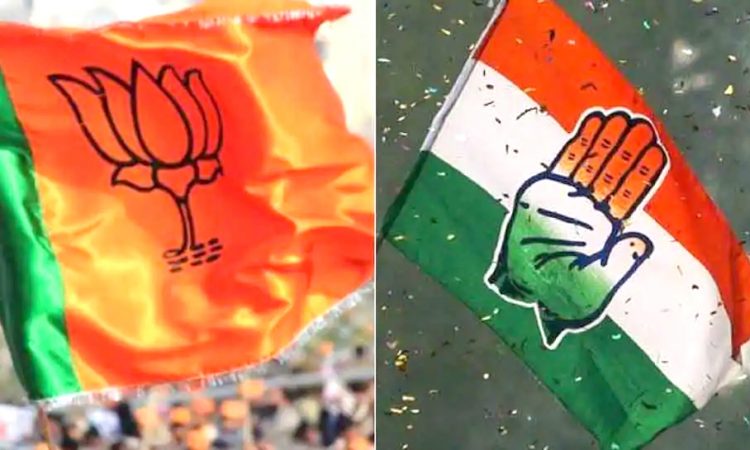 New Delhi, April 21: The BJP lashed out at the Congress on Wednesday over its criticism of the Centre’s handling of the coronavirus pandemic, saying the country was seeing the Gandhi family’s “shameful arrogance” at a time when everyone needed to come together to fight the virus.

BJP spokesperson Sambit Patra accused the Congress of spreading “fake news and panic” instead of being responsible in this hour of crisis.
Hitting out at Congress leader Rahul Gandhi, BJP general secretary (organisation) B L Santhosh said: “This man will end up becoming a big nuisance to his party also. Now, he targets one of the largest vaccine producing company. Shame on you.”
Santosh was reacting to Gandhi’s tweet about “vaccine discrimination” by the government and the insinuation that the Serum Institute’s pricing for the vaccine was a case of the Centre helping its “friends”.
Gandhi had also compared the government’s vaccine strategy with demonetisation, which he claimed helped industrialists flourish and made common people suffer.
Hitting back, Patra asked why do the Gandhis “hate” enterprising Indians so much and asked if it was because this makes people “not dependent” on the Gandhis.
“Gandhis and the Congress wanted vaccinations to be opened to all and their state governments wanted to be able to procure them,” Patra said. “Now, when they are allowed to do so, Rahul Gandhi is back to saying some private companies will benefit from it.”
Hailing the role of private sector during the crisis, the BJP leader said it was behind the country having vaccines.
If the nation has COVID tests, it is because of private companies, he claimed, adding that hospitals, doctors, healthcare workers of the private sector were also going out of their way to save lives.
“From oxygen to medicines, it’s private companies that are helping the nation out. According to Gandhis, we should throw all of them out and seek help from Rajiv Gandhi foundation?” Patra asked.
Congress leader Priyanka Gandhi Vadra also slammed the Centre over oxygen exports in the past year and alleged that it failed to deliver oxygen to its own despairing citizens.
Santhosh accused her of peddling “false news” and creating panic.
Only 4 MT of medical oxygen was exported and the rest was industrial oxygen, and now the production has reached 7000 MT, he said.
Patra said the Modi government was actively coordinating with state governments for ensuring adequate supply of medical essentials, including oxygen.
“Perhaps political leaders who don’t give time to governance may not know, but central and state governments are in touch almost daily on matters like oxygen supply. The pharma has also ramped up its supply of medicines,” he added.
Patra also questioned the silence of the Gandhis about the situation in Maharashtra, by far the worst affected state in the country, and Chhattisgarh, another state which has been hit hard by the second wave of the pandemic.

The Congress-ruled Chhattisgarh is the only state whose ministers have spread “falsehoods” about the COVID vaccine, he said. (PTI)