Umpire treated me differently than a male player – Serena Williams
Serena Williams: ‘I am not a cheat’, accuses tennis of ‘sexism’ 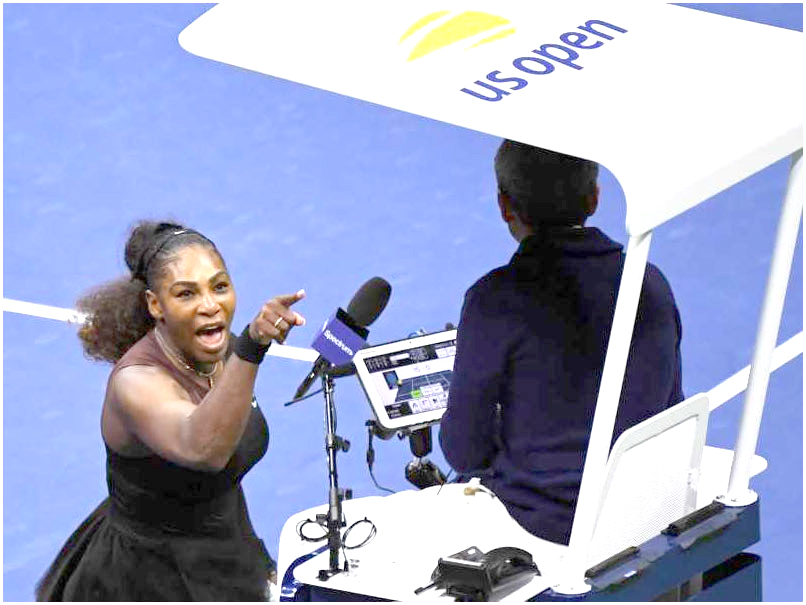 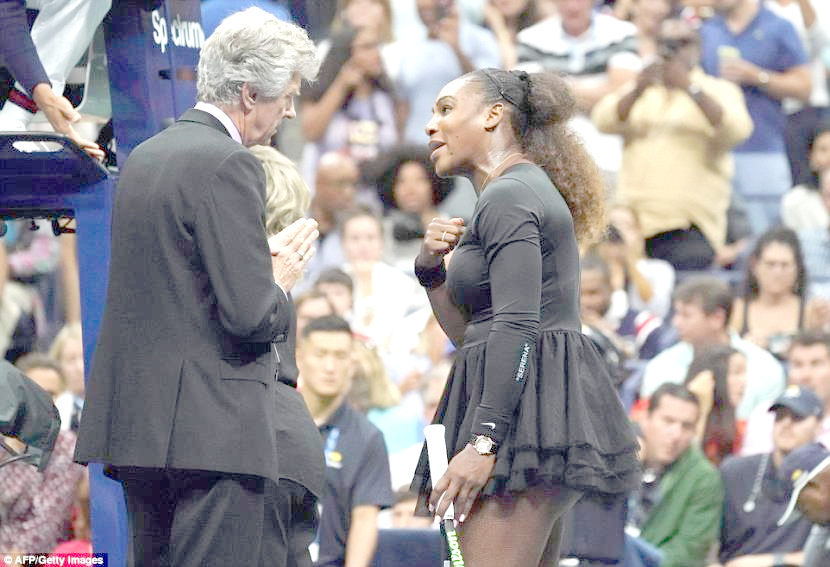 NEW YORK, September 9: Naomi Osaka became Japan’s first Grand Slam singles champion after she thumped Serena Williams 6-2 6-4 in a controversial US Open final on Saturday, with the American suffering a mesmerizing meltdown after being handed a code violation.
It was drama-filled conclusion to a final that was rich with storylines but will now go down as one of the most controversial Grand Slam finals of all time.
There was much riding on the match for both women, with Osaka bidding to become the first man or woman from Japan to lift a Grand Slam singles title and Williams poised to equal Margaret Court’s record of 24 major titles.
In the end it was Osaka making history but on a day of bizarre events her victory will only be a footnote to what is sure to go down as one of the most infamous matches ever played at Flushing Meadows.
The chaotic finish filled with screaming, tears and jeers cast a cloud over what should have been Osaka’s shining moment.
Standing on the podium waiting to be handed her trophy and a winner’s cheque for $3.8 million, Osaka heard only boos as an angry crowd took out their frustration on Portuguese chair umpire Carlos Ramos, who stood to the side. “I know everyone was cheering for her and I’m sorry it had to end like this,” said Osaka. “It was always my dream to play Serena in the U.S. Open finals … I’m really grateful I was able to play with you.”
With Osaka in control of the match after taking the first set, Ramos sent Williams into a rage when he handed the 23-time Grand Slam champion a code violation in the second game of the second set after he spotted the American’s coach Patrick Mouratoglou making some hand signals from the player’s box.
A string of bad behaviour followed from Williams and she went on to incur a point penalty for smashing her racket before being slapped with a game penalty at 4-3 down after she launched into a verbal attack against Ramos, accusing him of being “a liar” and “a thief for stealing a point from me”.
The game penalty put Osaka 5-3 up and the 20-year-old Japanese kept her cool to pull off the win.
Mouratoglou later admitted he had been coaching but in another strange twist an unrepentant Williams continued to deny she had received any advice and was instead a victim of sexism.
“He (Ramos) alleged that I was cheating, and I wasn’t cheating,” said Williams. “I’ve seen other men call other umpires several things.
“I’m here fighting for women’s rights and for women’s equality and for all kinds of stuff.
“For me to say ‘thief’ and for him to take a game, it made me feel like it was a sexist remark.”
Almost lost in the chaos was a fearless and cool display from Osaka.
Before Williams’s meltdown Osaka had already put the 36-year-old under rarely seen pressure.
Osaka had given Williams plenty of respect but no other concessions as she grabbed the early break on a double fault by her idol for a 2-1 first set lead she would not let go.
Playing on tennis’s biggest stage in her first Grand Slam final the enormity of the moment did not phase Osaka while Williams, contesting her 31st major final, looked unsteady.
Williams’s implosion was not a totally unfamiliar sight for tennis fans, who watched a similar meltdown nine years earlier on Arthur Ashe.
Playing the semi-finals against Kim Clijsters, Williams flew into a rage after a line judge called her for a foot-fault leaving a match point down to the Belgian.
Williams launched into an expletive-laced rant at the official. She waved her racket in the lineswoman’s direction and then shook a ball in her clenched fist as she threatened to “shove it down” her throat.
Organisers fined her $10,500 at the end of the tournament for her unsportsmanlike behaviour and was later fined an additional $175,000 and put on probation for two years by the Grand Slam Committee.
Williams could face further sanctions for her actions on Saturday against Osaka, the WTA issuing a statement that they will be looking into the incident.
“There are matters that need to be looked into that took place during the match,” said the WTA. “For tonight, it is time to celebrate these two amazing players, both of whom have great integrity.” (Agencies)