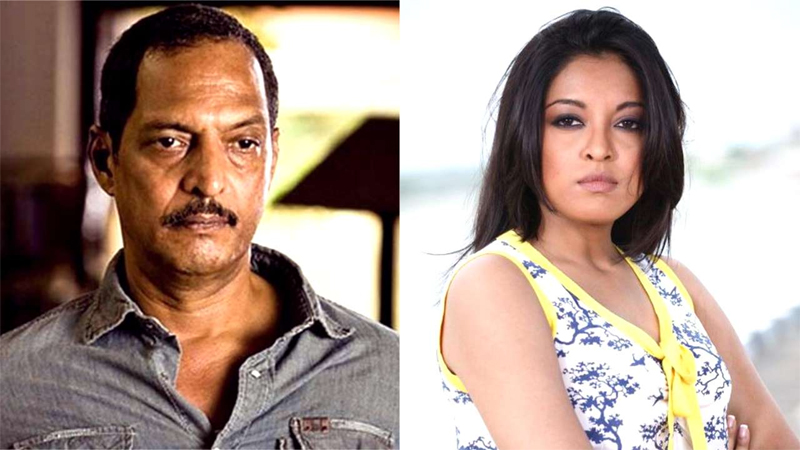 Last year Tanushree Dutta had accused Nana Patekar of sexual harassment. The actress had narrated the horrifying incident which happened with her on the sets of Horn Ok Pleassss. She sparked the #MeToo movement in India which encouraged women to open up about their ordeals. Months after the sexual allegations levelled against Nana, the police has now given a clean chit to the veteran actor as no eye-witness has confirmed the incident. It is being reported that police have statements of 15 people till date but none of them has confirmed that such an incident happened a decade ago. Daisy Shah was one of the 15 witnesses but even her statement didn’t match to Tanushree’s side of the story.
Reacting to the clean chit given to Nana Patekar, Tanushree told Mid-Day, “Who are these 15 witnesses? Are they from my side or Nana’s side? They are Nana’s friends, then why will they corroborate my story. I don’t need witnesses to prove that I was harassed. The truth is sometimes difficult to prove in a court of law when it comes to harassment. The cops have been so slow with the probe. Most of the people from whom they are taking statements are the ones who watched me getting harassed and did nothing to support me. So why will they now speak in my support? The mentality of people is such that they will lie to protect such criminals and prove the woman wrong.”
She went on to add that the ones who are willing to give a statement in her support are receiving threat calls from Nana Patekar’s people. “We have faced a lot of difficulty in convincing witnesses to give their statements, as they are scared. So the people who know the truth are being hounded and replaced by fake witnesses who are speaking lies. But I still have faith that all the accused will be punished because I am fighting this battle not for myself but for those who suffer silently every day,” said the 35-year-old.
For the ones who are not aware, Tanushree had accused both Nana and choreographer Ganesh Acharya of sexual harassment. She had stated that the two forced her to do an intimate dance step with Nana against her will. Both of them had denied the allegations back then itself.

9 more test positive for COVID-19 in Manipur, tally rises to 71