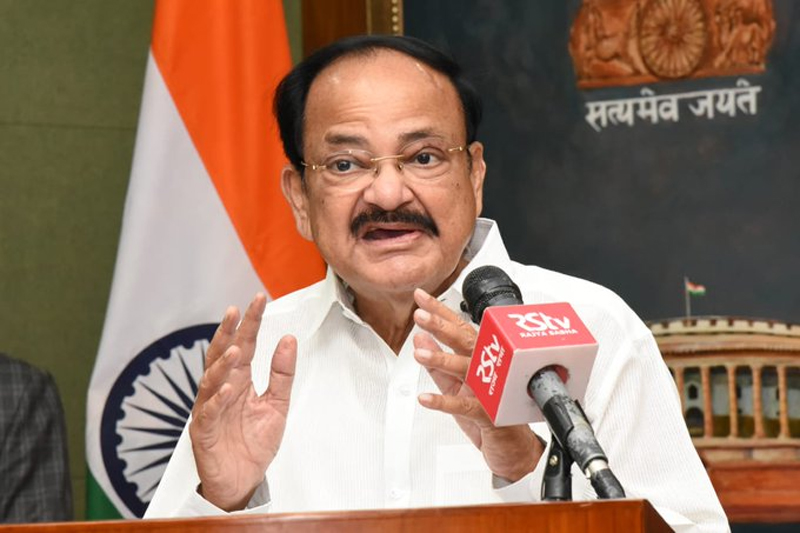 New Delhi, September 7: Vice President M Venkaiah Naidu on Monday suggested that milk be included either in breakfast or mid-day meals to improve the nutritional levels of children.
Naidu spoke to Union Women and Child Development Minister Smriti Irani in this regard, an official statement said.
Irani assured Naidu that the central government would consider recommending to all the states to include milk in the mid-day meal scheme.
Earlier in the day, Secretary, Department of Animal Husbandry and Dairying Atul Chaturvedi called on the vice president and briefed him about various measures being taken to help the poultry and dairy sectors to tide over the problems in the wake of COVID-19 pandemic, the statement said.
He informed Naidu that the government was encouraging entrepreneurship in the poultry sector and providing support by way of incentives and policy intervention.
He also said the Department of Animal Husbandry would consider recommending to the Ministry of Finance the need to restructure loans for the poultry industry.
Chaturvedi also apprised Naidu of the stepping up of procurement by milk cooperatives in the organised sector.
The government is providing an interest subvention of two per cent per annum to cooperatives on working capital loans, the statement said. Also, an additional incentive of two per cent interest subvention is being given in case of timely repayment.
On the suggestion of the vice president, the secretary assured that the government would consider extending a similar facility to private dairies, it said. (PTI)

Rail passengers can be fined up to Rs 500 for not wearing masks, spitting

My phone is being tapped, will order CID probe: Mamata