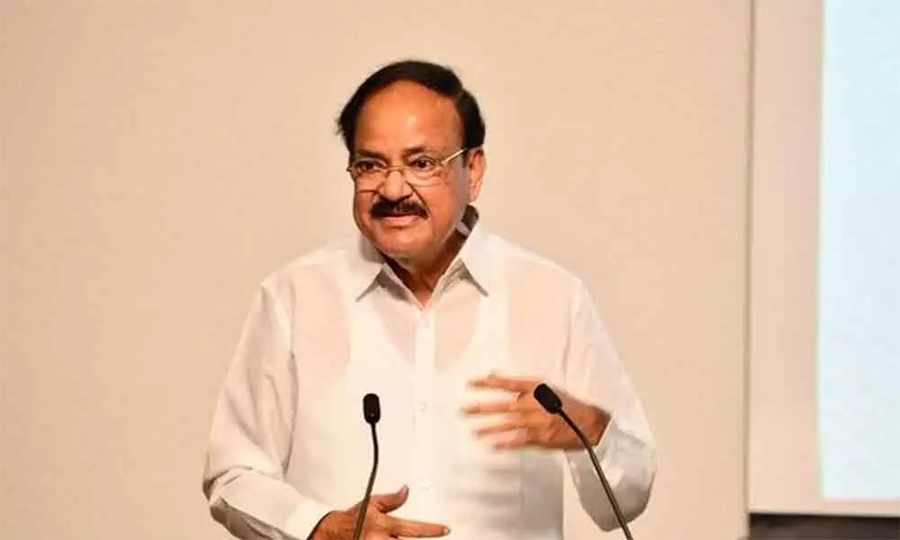 New Delhi, August 30: Vice President M Venkaiah Naidu on Sunday underlined the need for a robust grievance redressal mechanism to resolve issues faced by the elderly and said the healthcare system also needs to be reoriented to address their needs.
In a Facebook post, he said senior citizens are the repository of knowledge and wisdom and they deserve to be treated with respect, affection, care and dignity during the twilight years of their lives.
“It is the sacred duty of everyone, including the youngsters, to take care of the elders. The phenomenon of elders’ home for senior citizens not only highlights the changes in society but is also a sad reflection of declining family values,” he wrote.
Naidu felt the present-day lifestyle is causing serious damage to the critical role played by the joint family system in preserving cultural values, traditions and customs, which have been passed on from generation to generation.
“We need to reaffirm our faith in our age-old joint family system. There is an inherent social security in a joint family,” he said.
Children develop a strong emotional bond with their grandparents and often turn to them for guidance and solace in troubled times. The elderly, in turn, get love and support from the younger members of the family, Naidu said.
It is the collective attitude of the society as a whole that matters the most, he observed adding that people need to impart the right values to their children and youth to ensure that the elders lead a comfortable, happy and satisfying life.
The vice-president pointed out that the number of elderly people is increasing at a faster pace than the population in general and by 2050, the elderly will make 20 per cent of India’s population.
A large proportion of the elderly in India are either living alone or are dependent on their children for their financial and emotional needs, he said.
Housing crunch and small size of houses in urban areas are among the factors for children leaving their parents and the elderly in their native places, Naidu said.
“Despite government policies and programmes for the elderly, we still see senior citizens facing a lot of hassles in accessing various services. Many a time, the elderly are made to stand for a long time in banks, public offices and buses and trains,” he lamented, adding that issues related to the elderly get less attention in general.
“Only a few questions were raised by the parliamentarians on the issues of ageing, with an average of fewer than 30 questions in a year,” Naidu, who is also the chairman of Rajya Sabha, said. (PTI)