Naidu concerned over absenteeism of MPs in parliamentary standing committees

New Delhi, November 17: A day before the landmark 250th session of Rajya Sabha begins, its chairman Venkaiah Naidu expressed concern over absenteeism of members in department-related parliamentary standing committees, saying “we must not let their standards drop”.
In a meeting with floor leaders of political parties on Sunday, the vice president urged them to ensure proper attendance of MPs so that the committees could effectively perform their duties.
Naidu’s concern come days after only four MPs attended a crucial meeting of the 28-member standing committee on urban development to discuss air pollution in the national capital.
The only Lok Sabha MP from Delhi in the committee, Gautam Gambhir, also didn’t attend the meeting and was seen doing commentary in Indore for a India-Bangladesh cricket match.
“Referring to the reports of absenteeism of members in the meetings of the department-related standing committees, Naidu urged the leaders to ensure proper attendance of MPs so that the committees could effectively examine and report on various subjects selected and bills referred in a bipartisan and detailed manner, the Rajya Sabha secretariat said in a statement.
Emphasising that standing committees are effective instruments of bipartisan and detailed examination of issues, Naidu said, “We must not let their standards drop. Proper attendance is crucial for their functioning. I urge leaders to ensure proper attendance of MPs in the committee meetings.”
At the meeting, he informed the leaders he has set up a committee to examine and recommend steps to make the parliamentary channels, Lok Sabha TV and Rajya Sabha TV, more effective. The objective is to increase viewership for Parliament proceedings, Naidu said.
Naidu talked about the 250th session of Rajya Sabha and its journey, and said the upper house, since its inception in 1952, has come a long way in contributing to the socio-economic transformation of the country but still has “miles to go”.
He also released a publication, ‘RajyaSabha :The Journey Since 1952′ in the presence of leaders of various parties and groups.
“Rajya Sabha has been an integral part of the socio-economic transformation of our country since it came into being in 1952,” he said.
From passing the Hindu Marriage and Divorce Bill in 1952 to the Muslim Women (Protection of Rights on Marriage) Bill in 2019 (Triple Talak Bill), from imposition of additional excise duty on dhotis in 1953 to introduction of GST in 2017, the Rajya Sabha has come a long way in addressing the challenges faced and meeting the requirements of the nation from time to time, he underlined.
“We still have miles to go in letting our country realize its full potential by making up for the missed time and opportunities and in respect of the functioning of the house itself,” the statement quoted Naidu as having told the leaders.
To celebrate the landmark 250th session of the upper house, beginning on Monday, he said a silver coin of Rs 250 and a postal stamp will be released. A discussion will also be held in the house on the Role of Rajya Sabha in Indian Polity: Need for Reform’ on the first working day.
He informed the leaders that a joint sitting of members of both the houses will be held in the Central Hall on November 26, marking 70th anniversary of the adoption of the Constitution. (PTI)

PM to present new outline for a self-reliant India on Aug 15: Rajnath Singh 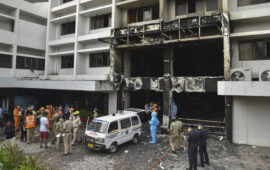 10 patients killed in fire at COVID care facility in AP

Defence Minister promised a bang’, ended with a whimper’: Chidambaram 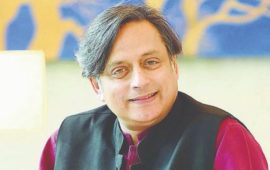 Cong must find full-term president to arrest perception of being ‘rudderless’: Tharoor 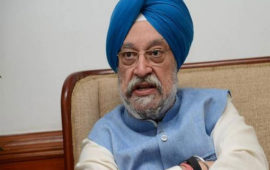