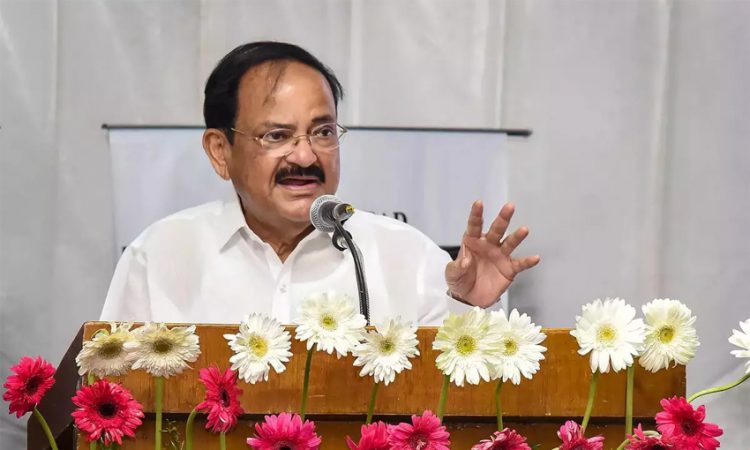 New Delhi, July 3: Vice President M Venkaiah Naidu on Saturday described the coronavirus pandemic as the most serious challenge that has faced humanity in living memory as he asked the Indian strategic community to focus on the world after Covid and its implications for the country.

The vice president, who is the ex-officio president of the Indian Council of World Affairs (ICWA), made these remarks at the 19th meeting of its governing council.
Earlier in the day, he had chaired the 20th meeting of the governing body of the ICWA.
According to an official statement, former secretary (East) in the Ministry of External Affairs Vijay Thakur Singh was appointed as the next director general of ICWA at the meeting as the term of incumbent T C A Raghavan ends on July 23.
The law governing ICWA prescribes a three-year term for the DG and ex-officio member secretary, the statement said.
Addressing the governing council meeting virtually from Hyderabad, Naidu noted that the analysis of the global impact of the pandemic has been a cross-cutting theme at ICWA in all its deliberations and areas of research.
He appreciated ICWA’s activities through the past year notwithstanding the disruptions of the pandemic.
In the past seven months, apart from its research activities, ICWA organised a total of 28 events which were a mix of conferences, panel discussions, lectures, track-II dialogues and book discussions.
Naidu observed that apart from its traditional focus on area studies in its programme activities, the ICWA has made recent efforts to focus on broad themes such as Mahatma Gandhi and the world, maritime affairs, advancing reformed multilateralism, gender within international relations and diplomacy, and contribution of Indian soldiers in the World War I.
He noted that the Council had made full use of digital platforms during the pandemic which has provided opportunities for expanding its outreach.
Naidu also unveiled a book, ‘Sapru House: A Story of Institutions Building in World Affairs’.
ICWA is housed in Sapru House.

In response to his call to undertake research and specialised work in world affairs aimed at the lay reader, the vice president said, ICWA has commissioned a short monograph on India’s bilateral relations with Bangladesh written in simple language and without any technicalities. He said similar monographs may also be taken up for other countries.
The virtual meeting was attended by three vice presidents of the Council — External Affairs Minister S Jaishankar, parliamentary committee on external affairs chairperson P P Chaudhary and Niti Aayog vice chairman Rajiv Kumar. (PTI)