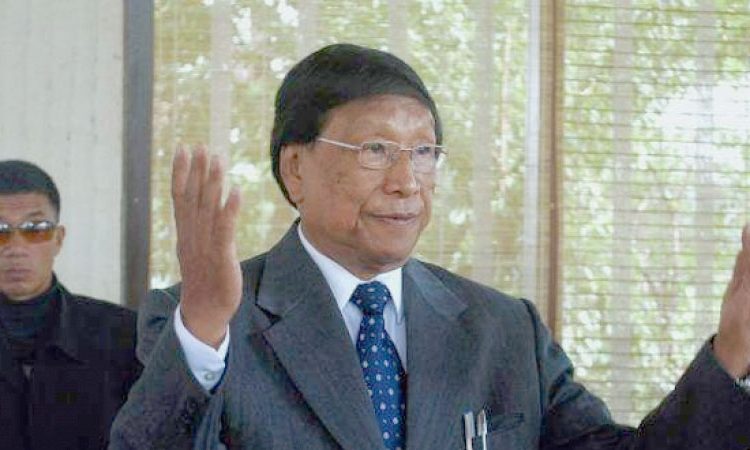 Dimapur, February 11: NSCN (IM) Ato Kilonser, Th Muivah today said Nagas are not a lost people because of leaders like Imkong Meren and AZ Phizo who took the right decision at the right time.
“Nagas are not a lost people, because our forerunners like Imkong Meren and AZ Phizo took the right decision at the right time that Nagas will be the master of themselves – their land and their future and Nagalim will be for Christ,” he said while addressing the National Hoho of the NSCN/GPRN today.
Muivah reminded the members that many nations perished with the change of the world, but Nagas took the decision to be for Christ and thus sustained our existence.
“God will not be pleased if we deviate our ways from the decision taken by our elders with tears and blood”, he said.
Muivah further asked the members to take strong stand to adhere to the principle followed by former chairman Late Isak Chishi Swu who declared unity of the Nagas in the name of Jesus Christ.
Late Isak Chishi Swu had signed the historic Framework Agreement to regain what was at the point of getting lost under pressure from adversaries, he said.
He also asserted that the elected leaders shall not be above the people and the nation; they will abide by the national will and decision in accordance with the Yehzabo and Nagalim for Christ. (Page News Service)