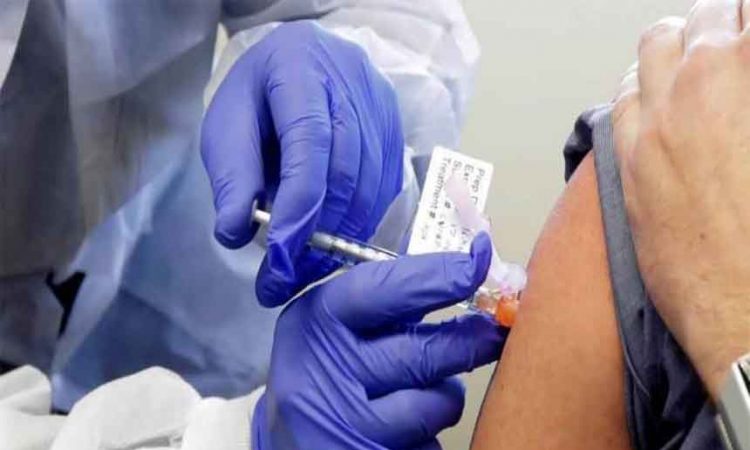 H. Chishi
KOHIMA, JUNE 23: So far so good in vaccination drive against COVID-19, but achieving 100% vaccine coverage is still the million dollar question for Nagaland, as some people still want divine healing while some others are jittery.
Health officials and frontline workers are making all efforts to reach out to the people in every nook and corner of the State. But at the same time, there are forces proving detrimental to such efforts, including some elements from Christian ministries.

But the Health Department is optimistic that with shared effort, the objective would be achieved.
Frontline warriors are now even walking miles to reach the remotest places to vaccinate the eligible people, despite opposition from some ‘misguided’ people.
With the onset of monsoon, movement of doctors, nurses and other frontline workers are likely to be hampered in some areas.
The first report has come from Zunheboto district, where the administration and health workers had to clear the road by themselves to reach a certain village.
There are reports of some villages securing 100% vaccination but in some places people are not willing to take the jab ~ and doctors and nurses are not able to convince such people.
But a senior Health official here said it would take a collective effort to convince such people who are being misled by anti-vaccine propaganda.
“Usually some hardcore people exist in the society. But collectively, we have to approach them wisely”, said a senior Health official.
“We cannot force them but we will have to make extra efforts to make them understand the need to get vaccinated”, said another Health official.
According to official sources, they could not achieve 100% vaccination in some villages because of resistance from few people.
In a certain village, a small number of people could not be vaccinated as the Pastor and his followers had refused to take the jab.
But in some districts, churches are playing a lead role, going all out in support of the State Government in this massive exercise.
However, in a few pockets, some church leaders have become stumbling blocks.
Church organisations, like the Nagaland Baptist Church Council (NBCC), have made their support of the vaccination drive clear.
At the same time, some major church organisations have remained silent.
This is not the first time Nagaland is facing such a situation; earlier too, some churches had opposed Rubella vaccination citing various weird reasons.
In this given situation, it is very unlikely that Nagaland could reach its objective of 100% vaccine coverage. It would be a daunting task.
One major reason for people refusing to take the vaccine is due to anti-vaccine propaganda bombarding social media, and the authorities’ failure to zip them at a time when the Central Government and medical experts are also not sure about 100% efficiency, and possibility of side effects of vaccines.