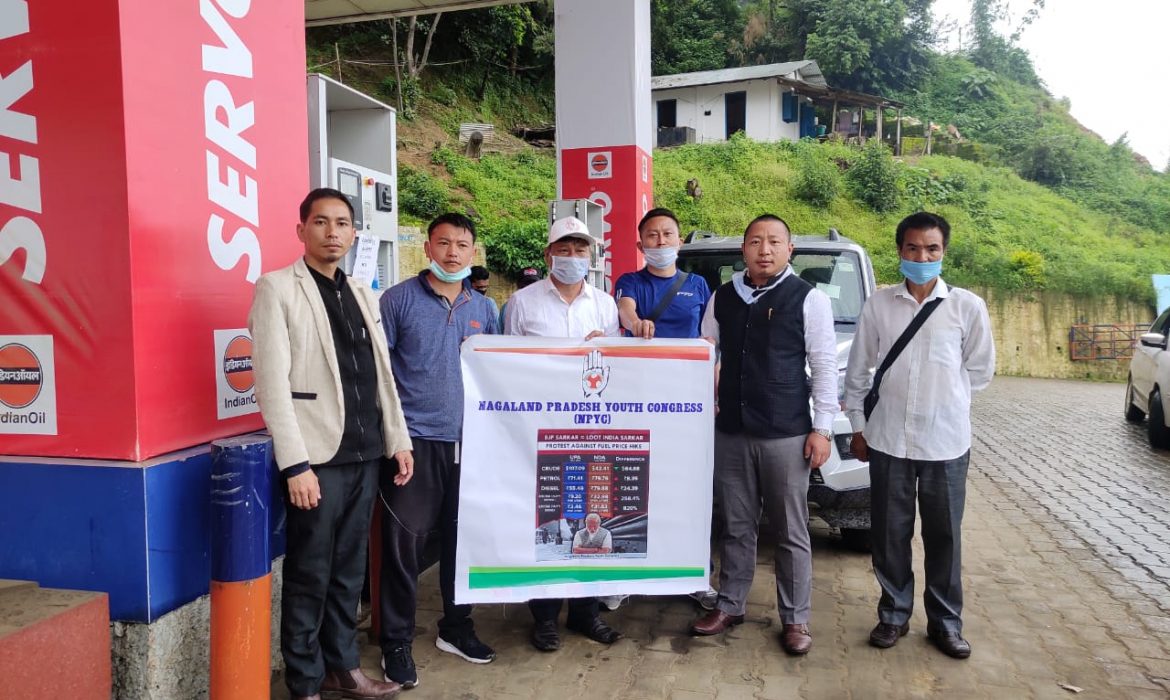 Kohima, June 29: Irked over the continuous hike of fuel prices by the Central government and also imposition of COVID-19 Cess on petroleum products by State government, the Nagaland Pradesh Youth Congress (NPYC) on Monday launched poster protest campaign demanding immediate rollback of fuel prices.
“NPYC condemns the irrational and dumb act of the Central government in continuously increasing fuel prices in the country and the State government is levying COVID-19 cess on petrol, diesel and petroleum products at this time of crisis,” said NPYC president Vilhousielie Kenguruse while addressing a press conference at Congress Bhavan here Monday.
“The continuous price hike in petrol and diesel is a cuel decision against the common people and hampering the life of the public in general,” he said while questioning the intention of the Prime Minister Narendra Modi and BJP government against the common people of the nation.
He accused that every action of the BJP government is becoming a punishment for the people of the nation.
“Due to price hike in petroleum, the common people are suffering like anything because prices of essential commodities are also skyrocketing,” said Kenguruse.
He therefore asked both the state and central governments to immediately roll back the prices of petrol and diesel in the interest of the public in general.
“Stop looting the common people and roll back prices of fuel,” demanded the NPYC president.
Kenguruse said that during the protest campaign, NPYC volunteers has put up posters in all the petrol pumps to create awareness against the unreasonable hike in prices of petrol and diesel by the NDA government. (Page News Service)