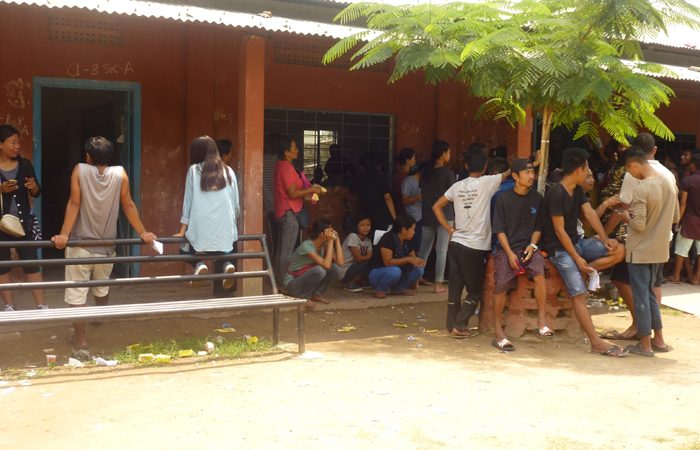 Kohima, May 30: In an interesting turn of events, despite the dismal turn out of electorates during the May 28 Lok Sabha bye-polls in Nagaland, the figures revealed by the State Election department only after two days shows that over 10 lakh people exercised their franchise.
The average voting percentage as per the figures made available by the Returning Officer’s office for the Lok Sabha bye-poll stands at 86.73%, which is 2.46% higher than that of the State Assembly elections (84.27%) held in February this year. But, this year’s turn out is lesser than 2014 LS polls which stood at 88.25%.
Addressing media-persons after the close of polling on May 28 last, Returning Officer M Patton had said the projected voting percentage was 75% while the final poll percentage would be known only after the polling officials reach the Assistant Returning Officer offices in the respective district headquarters.
Notably, it is an admitted fact that unlike the polling day for Assembly elections which witnessed long queues for hours together and even beyond the scheduled closure time, the just concluded LS bye-polls had seen barely few people standing to exercise their franchise.
While the election officials in the State have said not to have received any official complaints of proxy voting, the huge voters turn out, which is estimated to be around 10,62,484 out of the 11,97,436 electorates in the State casts aspersions on its genuineness.
Interestingly the interior rural districts of the State have the highest voting percentage, with Longleng on the top at 94.88% followed by Mon at 94.69%. Pughoboto election district is third with 93.56%. Amongst the major districts Mokokchung is on top with 87.91% followed by Dimapur at 78.80% while Kohima has recorded 72.02% turn out.
Voting percentage for other districts are: Wokha – 92.60%, Zunheboto – 90.51%, Kiphire – 88.26%, Phek – 87.85%, Tuensang – 87.29% and Peren is the lowest with 73.33% turn out.
Repoll in 1 polling booth held
Repolling in one polling station out of the 2196 booths for the lone Lok Sabha seat in Nagaland was held peacefully today.
The Election Commission of India (ECI) had declared the votes cast at Polling Station No. 13-Kubza of 26-Aonglenden Assembly segment in Mokokchung district as void and fixed repoll to be conducted today, wherein 44.68% out of 640 electorates exercised the franchise, said CEO Nagaland Abhijit Sinha.
The bye-poll for the lone Lok Sabha seat in Nagaland was held on May 28 with a turn out of 86.73% out of the out of the 11,97,436 exercising their franchise.
It may be mentioned that in Kubza PS No. 13, a mob reportedly entered the booth and damaged the EVM machine while the Deputy Commission had officially recommended for re-poll.
Police has arrested seven persons in this connection.
At the time of incident at around 1:10 p.m. on Monday, around 70-80 people came to the polling station and forcefully smashed the ballot unit and control unit. However, the VVPAT is reportedly intact, he said.
Counting of votes will be taken up tomorrow in 13 centres across the state from 8AM onwards. The centres are: DC office Dimapur, Old DC office Peren Town, DC office Kohima, DB’s Court Pughoboto, New DC Office Phek, Town Hall Mokokochung, Town Hall Zunheboto, Tiyi Hall Tsumang colony Wokha, DC Office complex Mon, DC Office Longleng, CKS Hall Tuensang, DC office Kiphire while counting of postal ballots will be done at Nagaland Commissioner’s Office Kohima. (Page News Service)