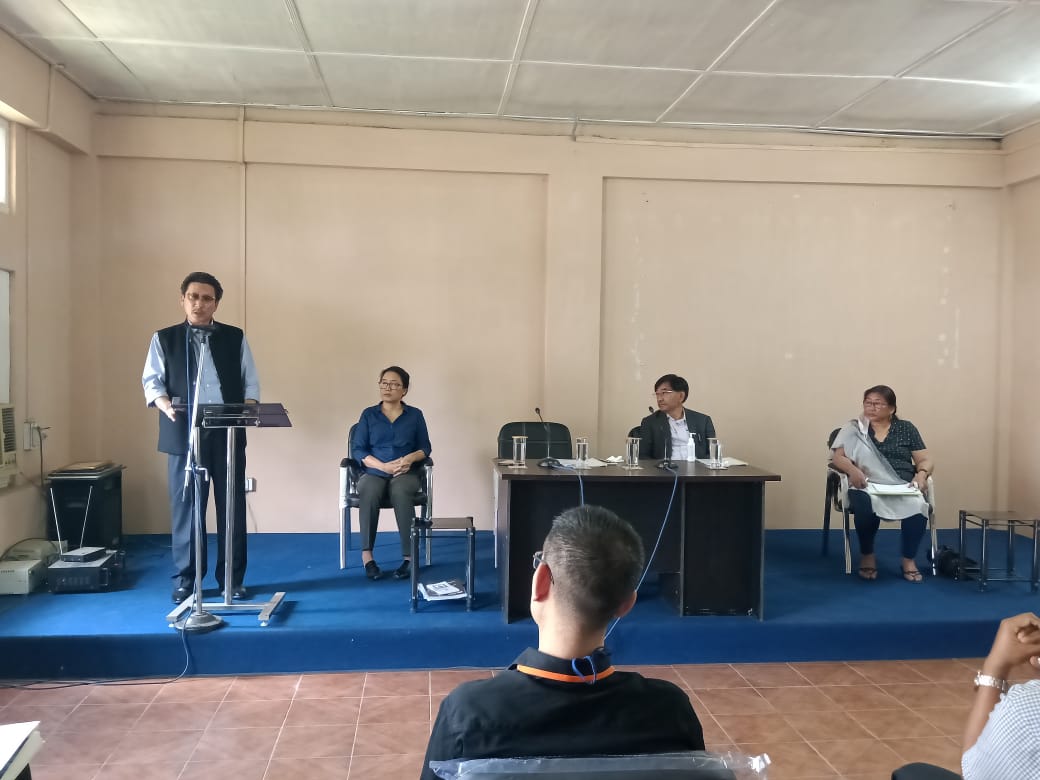 Dimapur, April 29: MP (Rajya Sabha), K G Kenye who is also the Parliamentary National Standing Committee on Food, Consumer Affairs, Public Distribution made his maiden official visit and held meeting with the Officials of Food Corporation of India, Nagaland, Department of Food &Civil Supplies, Nagaland to take stock of the essential commodities in the wake of the nationwide lockdown due to global pandemic COVID-19 and to prepare for the ensuing Parliamentary National Standing Committee due very soon.
The MP in his opening remarks expressed his appreciation to the frontliners in the entire State who are sacrificing and risking their life to combat the dreaded virus inspite of criticism from certain corners and urged them not to be discouraged as criticism and allegation are part of life.
While lauding the efforts of FCI and F&CS Departments for judiciously managing with the allocation of the State’s quota also shared his concern on the consignment which has to be properly disinfected before being ferried to other parts of the State and also expressed his deep concern for people who do not have Ration Card.
Maintaining Dimapur city as the entry of the State, the MP appreciated the extra efforts being taken by the Dimapur District Administration, other officers and all the stakeholders and appealed to be more vigil in dealing with the situation.
Kenye further suggested that more consultative meeting should be held as the prevailing situation require better coordination from all walks of life.
Advisor F&CS GON, Pukhayi also attended along with Commissioner & Secretary F&CS GON and addressed the meeting. The Director of F&CS presented the total allocation received for the State under various scheme and the quantity being distributed to each District while also requested the general public not to panic as sufficient stock is available.
The Chief Manager, Indian Oil Corporation Ltd, pointed out that the State has lesser Depot capacity for Petrol, Diesel, SK Oil and LPG and requested the government to take up the matter with the Ministry for enhancement of the capacity.
ADC Dimapur, Administrator DMC , President & General Secretary of Nagaland Medicine Dealers Association also highlighted their activities in managing and distributing Essential commodities covering the entire District. Later, the MP inspected the FCI Food storage Depot. (Page News Service)