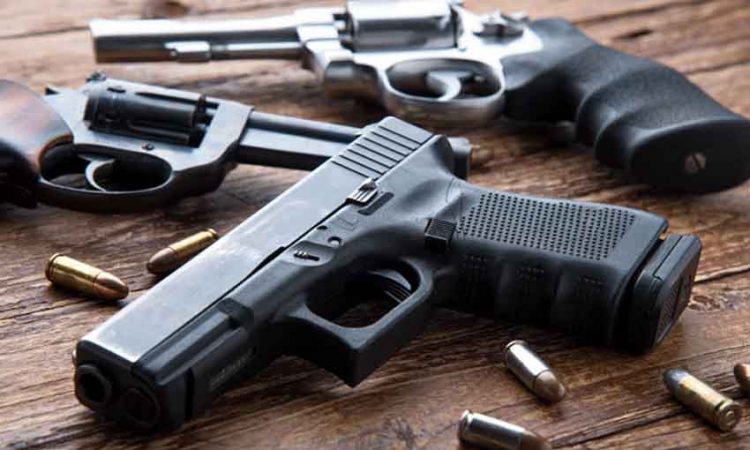 DIMAPUR, MAY 2: Until recently, Nagaland had a dubious reputation as the State where anyone could obtain an all-India gun license without proper scrutiny.
According to those in the know, the all-India gun licenses were procured by Dimapur-based middlemen for their contacts/clients in many north Indian States.
There was no need for the applicants to visit Nagaland, as the middlemen, who had ‘white-collared’ friends in various district offices, did everything.

This was prior to the Arms (Amendment) Act of 2019, and many false arms license cases tracing back to Nagaland were registered across various cities in India during these last few years.
A source said that majority of them were gangsters and persons with criminal backgrounds. The deal was quite simple: pay Rs 3 to 4 lakh and the arm license would reach them. Normally, it would take 3 to 4 months to prepare the gun license after which it would be dispatched to the customers based in different States of India, the source added.
After receiving the license, the customer would go to the local District Collector’s Office or District Magistrate’s Office and get it registered with the local authority, the source informed. So, an all-India license that originated in Nagaland is turned into a license of another State.
As per the source, the local authorities of other States would contact the district administration which had issued the license in Nagaland, and seek to verify the permit. The district office here in Nagaland would send a letter mentioning that the license is original and the name of the customer is in the records, informed the source.
It was revealed that though the gun license is acquired by creating a fake local identity, it is considered valid as the ‘name of the license seeker’ gets registered in the records.
But of late, the pattern of issuing arms licenses and renewal has undergone drastic changes in Nagaland; and in the new system, it is next to impossible to procure arms using dubious means.
All-India gun license has been banned and only applicants with proper address and other credentials can fill the application form.
In Nagaland, Dimapur is the only district with a Police Commissionerate, which also comes attached with an Arms Branch that looks after the issue of arms renewal and license. In the remaining 11 districts, the Deputy Commissioner’s Office takes care of the issue of arms renewal and license.
On March 13, 2020, the Commissioner of Police, Dimapur, Rothihu Tetseo, had directed all arms license holders whose license have not generated the Unique Identification Number (UIN) to report before May 30, after which arms licenses without UIN would become invalid.
Recently, Tetseo told Nagaland Page that there is no scope for anyone to avail all-India gun license from Nagaland.
“If licenses are issued, it is only for the State; and those availing gun licenses are thoroughly screened, their antecedents and other criteria are minutely checked. If anyone is found providing false information, strict actions will be taken,” Tetseo said.
When queried about the false arms license cases registered across various cities in India, most of which points to Dimapur as the license-issuing location, Tetseo said that Dimapur police is also investigating those cases, ‘many in numbers’.
According to him, it has been established that fake arms licenses were also issued from Dimapur. It is too difficult at times to track because the authorised signatory has not written his or her full name in the license, he said.
“It was randomly signed”, Tetseo said adding, “we are investigating minutely, and many people will be booked.”
He said that all pre-2018 gun licenses have expired and in the new format, issued by the Ministry of Home Affairs, there is no scope for anyone to resort to any malpractices in order to obtain a gun license.
Explaining the new arms law, Tetseo said that to keep track of original gun licenses, the UIN of gun licenses are being generated since October 2015. The National Informatics Centre (NIC) has developed a national database of arms licenses to keep track. After the launch of UIN, any gun license without a 15-digit UIN is considered fake.

As per the Ministry of Home Affairs guidelines, no arms license can be granted without police verification, which includes antecedents of the applicant, assessment of threat, and other pre-conditions.
The new legislation has a provision for life imprisonment for those who snatch or loot arms and ammunition from police or other security forces. Under the present law, the offense invites imprisonment of not less than 7 years but may extend to life imprisonment ~ mostly up to 14 years.
The MHA had issued a notification in July 2018 according to which all the arms license holders, new or old, will be included in the national database of arms license system and issued with a unique UIN starting from April 2019.
Arms licenses are granted, renewed, and cancelled under the Arms Act of 1959 and the Arms Rules of 2016.
While arms licenses with all-India validity for restricted category of arms are issued by the Home Ministry, those for the permissible category of arms are issued by the State Governments or UT administrations.
(Page News Service)