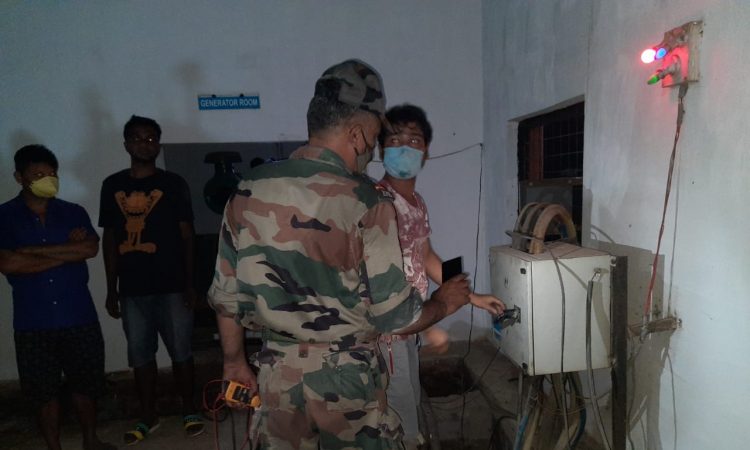 Dimapur, May 26: Damage caused to the 150 kW induction motor at BMA Liquid Plant in Naga United Village, Dimapur on May 23 last was due to non-stop operation of the facility and not because of “any power issue”, according to a Power Department official.

In a report addressed to the Chief Engineer of Power, the Executive Engineer of Dimapur Electrical Division, Imsenkaba stated that the proprietor of the Plant had admitted the motor got damaged due to continuous use to meet the ever-increasing demand for oxygen.

According to the Executive Engineer, it was a “great surprise to see the blatantly wrong reports in various media” (not Nagaland Page) that the Plant’s motor got damaged due to erratic power supply.

“We are not certain whether this is due to wrong reporting by the media houses or they were wrongly fed by the proprietor of the oxygen plant,” he said.

Citing an inspection carried out on May 22, the Executive Engineer informed that the Plant has an installed capacity of 11/0.4 kV, 250 kVA DT and the capacity of compressor motor is a single 150 kW induction motor without back-up or standby unit.

“The plant has no technician to handle and operate the power system. The existing power system setup of the plant is very primitive with no critical components like voltage regulator, capacitor bank, and protective system (apart from Kit-Kat and DO fuse) etc. Backup DG (diesel generator) set was non-functional,” the report read.

Imsenkaba went on to state that he had visited the Plant on the night of May 20 also, with the Deputy Commissioner of Dimapur.

“The power availability to the Plant was 22-23 hours per day and the proprietor was found to have been running the plant almost continuously for those hours. Since he had only a single motor, I advised him to take breaks, otherwise the motor would burn out,” he stated.

Again on the morning of May 22, during a departmental inspection of 33/11 kV, 10 MVA Referral Sub-station, the proprietor was advised to take breaks in running the motor, the Official stated.

It was also suggested to the proprietor to be ready to operate his DG set for at least 2 or 3 hours in a day, instead of simply depending 100% on the grid supply, and to inform and coordinate with EE (E) Dimapur and Chumukedima in case of any major problems, he stated.

According to the Executive Engineer, he along with senior officers from Head Office, Kohima, had visited the plant again in the evening of May 22 as there were some complaints.

“It was found that the complaints were purely created by the inability to operate their in-house electrical system, such as the tap-changer of their distribution transformer etc. However, we assisted in rectifying their internal problems in the interest of work, even though these were beyond the scope of the Power Department,” he stated.