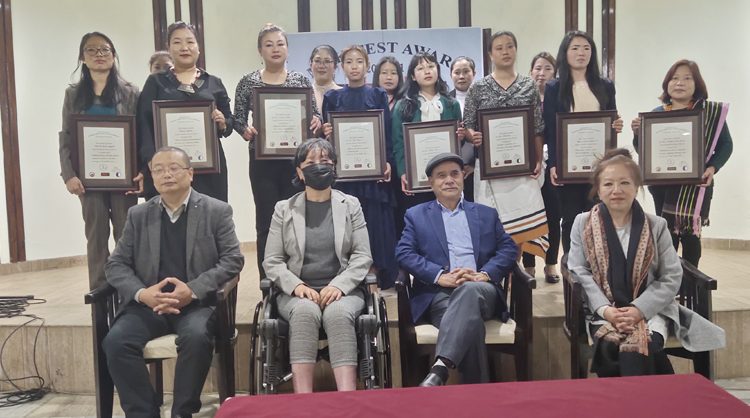 Speaking on the occasion of MykiFest Award 2020-21 organized on the occasion of International Women’s Day at Hotel Japfu here by the Department of Women Resources Development, Khing said Naga women while being engaged from activities including taking care of family, farming to being bureaucrats have been working in tandem with men for the welfare of Naga society.
“Naga women are more hard-working than men and women are the ones who are bringing better progress in the State,” he said.
Lamenting that Nagaland is yet to have a single women representative in the State Assembly, Khing encouraged women participation in politics to be part of the law making body.
“Naga women are ahead in almost all fields but there is no single MLA in the State Assembly,” he said while challenging women to enter the law making house.
There is a need for women in the State Assembly and also to be part of the Cabinet so as to take Naga society ahead irrespective of gender, opined Khing.
Also expressing that the Naga society due to the unresolved Indo-Naga political issues, the political situation had been different, he said the situation now is different even as solution is yet to be achieved and therefore it is time for women to move forward and join politics with quality.
Congratulating the award recipients for their hard work, the Advisor asserted that the State Government is coming up with ideas for development of Naga women to be at par with others.
The Advisor in presence of the Commissioner and Secretary WRD Anenla T Sato also handed over the Mykifest awards: Runway Nagaland Dimapur; North East Network Nagaland; Apparels and Accessories Production Team, Transformative Livelihood Project of Department of WRD in the group category.
While the individual award recipients of Mykifest were Vimenuo Belho – home based entrepreneur from Kohima; Iboli Zhimo a self-taught artist who founded Listone Pebble Art at Thahekhu Dimapur; Vikengunu Kera Fatima from Khuzama Village; Mezhüheno, a rural entrepreneur from Khonoma Village and Phaoniu Shio, an upcoming painter from the Khiamniungan tribe.

While Mykifest started in 2019, the award was given away for the first time today. Myki Fest will continue to be the annual feature of the Department of WRD but the award will be given once in four years, informed Additional Director and HoD, WRD, Vilone Sakhrie.
State Commissioner for People with Disabilities, Diethono Nakhro also attended the programme which started with Assistant Pastor of UBC Children’s Ministry, Dziesengunuo Chadi pronounced invocation. (Page News Service)