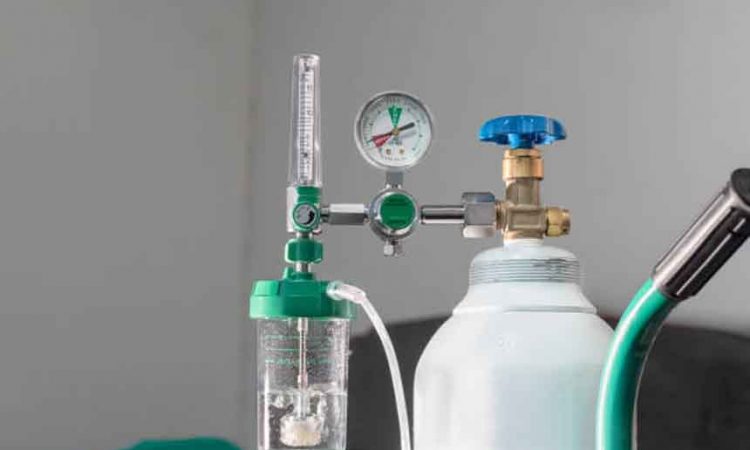 KOHIMA, MAY 8: Even as the country is facing acute shortage of oxygen in the wake of the rampaging second wave of the COVID-19 pandemic, Nagaland has sufficient stock of oxygen to face any eventualities, claims the State Health Department.

Nagaland will not face any shortage of oxygen for COVID patients as there is sufficient stock and the State is fully prepared to face even the worst situation, said Joint Director of Health & Family Welfare Department, Dr Neisakho Kere.
Dr Kere informed that currently the State is not facing any shortage as “we have enough”, adding that there are 1,617 Type B Cylinders (smaller) and 402 Type D cylinders (bigger).
All those are available in the districts while there are also 250 oxygen concentrators, which have also been distributed to all the districts, he said. The concentrators do not require any oxygen cylinders as the machine will generate oxygen from the atmospheric pressure of the room which can be directly given to the patient, he said.
With the oxygen concentrators, the moderate case of COVID-19 can be managed while for severe ones type D and B can be used, he said.
Currently, the COVID-19 positive cases in the State are mostly with mild and moderate symptoms while severe cases are less and we have enough cylinders to deal with those cases, he said.
He informed that there are 58 B type and 56 D type oxygen cylinders available with the Department after distributing to the respective districts.
Besides the present status of oxygen, Dr Kere informed that works are in progress for installation of Pressure Swing Adsorption (PSA) oxygen generation plants provided through PM Cares are being set up at Kohima, Dimapur and Mokokchung.
Kohima has the maximum of 300 litres per minute (lpm) production capacity. Dimapur and Mokokchung districts have 200 lpm capacity under PMCARES, he said.

Civil works for oxygen plants in other districts have already started while some districts like Longleng, Mon, Tuensang and Phek have already started constructing the building for an oxygen plant, he said.
Tuensang and Phek will get 150 lpm plants under UNDP and the rest of the districts will get plants from UNICEF with 100-150 lpm while Wokha and Kiphire will have 90 lpm capacity plants but will be enough for the districts.
He also informed the Government of India is also likely to give two more plants having 1000 lpm capacity each for Kohima and Dimapur. This will further boost the oxygen generation capacity of the State, he said.
With these oxygen plants, Nagaland will have enough oxygen for our patients and will not face problem of oxygen shortage, he claimed.
With the increase in the oxygen generation plants, the State has proposed for 1200 type D cylinders and 800 type B.
The type D cylinders will be fitted to the manifold in all the district hospitals and some CHCs to supply oxygen to the patients through oxygen pipes fitted to the wards.
B type cylinders will be used for small health centres including CHC and PHC down to sub-centres where patients from the rural areas face difficulty in breathing as it can be transported through ambulance.
He informed that subsequently a helpline number would be issued for those requiring oxygen support but currently the genuine patients can contact the respective health centres.
Beyond the B and D Types of oxygen cylinders and the available 250 oxygen concentrators, the State has also proposed for 800 oxygen concentrators, which would soon be provided by the Central Government.
The Joint Director attributed the well-preparedness of oxygen in the State to the active initiatives of Chief Minister Neiphiu Rio, Health Minister S Pangnyu Phom and the administrators.

Asked on completion of the PSA Oxygen Generation Plant, Dr Kere who was inspecting the work progress of the PSA plant at Naga Hospital Authority, Kohima, said they would be performing the trial run tonight itself while samples of oxygen would be collected and take it major city to check the quality of oxygen generated in Nagaland.
Installation works for PSA plant in Dimapur has also commenced and after completing these two, works will begin for Mokokchung plant, he said, while hoping that the oxygen plants in the districts may be completed by May end.
With the completion of all the PSA plants, the State will soon be fully prepared for the worst situation, Dr Kere asserted.
(Page News Service)