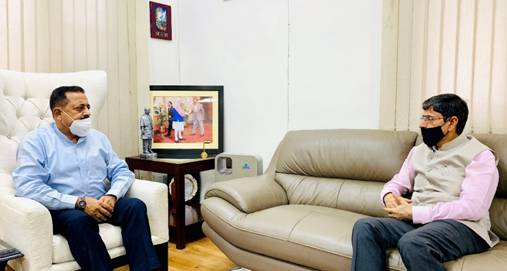 New Delhi, August 24: Nagaland Governor R N Ravi on Monday called on Union Minister Jitendra Singh and discussed with him the progress of various development projects in the northeastern state.
Singh, the Union Minister for Development of North Eastern Region (DoNER), said that soon after assuming office in 2014, Prime Minister Narendra Modi had stated that every effort would be made to bring the northeastern region at par with the more developed regions of the country, an official statement said.
In the last six years, not only developmental gaps were bridged successfully, but the Northeast has also gained psychological confidence, he said.
The minister underlined that all sections of society are ready to move under Prime Minister Modi, the statement said. (PTI)