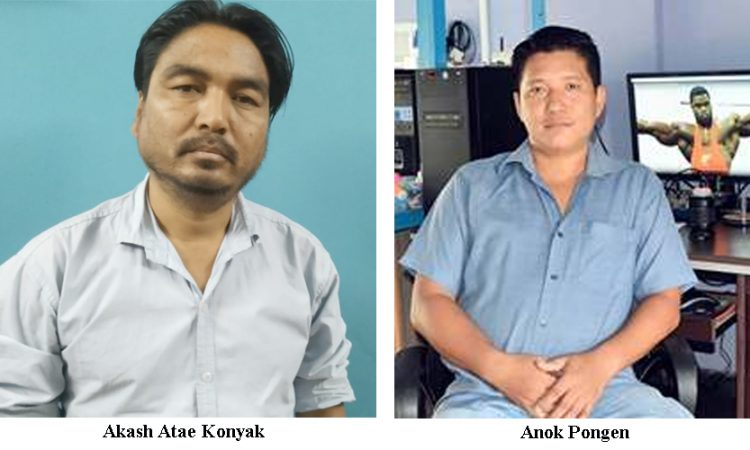 Prasanjit Dutta
DIMAPUR, FEBRUARY 23: Struggling to survive in an almost non-existent market, filmmakers in Nagaland have been compelled to adopt non-conventional means to stay afloat.

For now, many are choosing to make short films and release them on YouTube. But for filmmakers like Ajay Kumar, this is not a sustainable model as the earning from YouTube “don’t amount to much”.
However, another filmmaker Akash Atae Konyak, is one of those who sees potential in YouTube. He has produced and acted in a number of short films under the banner of Nagaland Film Forum. Those movies were released on YouTube.
Talking to Nagaland Page, Konyak shared that Nagamese films are looked down upon in Nagaland.
According to him, it is evident from the fact that not many educated and respected professionals like to be part of the local films, which isn’t the case in Manipur and Assam.
Film industry can change lives, he said. Konyak had started his journey in the industry in 2003, and has produced around 10 movies till date.
He felt that the government should support the “real filmmakers”.
Konyak reasoned that if quality of the movies is enhanced, OTT platforms can be a viable option. He maintained that comparatively, the quality is already getting better, citing the example of the 2017 Nagamese drama, directed by Tiakümzük Aier and produced by Aoyimti Youth Ministry, Nana: A Tale of Us.
Konyak said that while the quality of films has gone up, the market has acted inversely. And if things remain like this, the decades-long industry will collapse and be built from scratch again, he added.
A recurring suggestion from the filmmakers was that initiating an award show to identify the best by the government might encourage them not to abandon the industry.
At the same time, a common sentiment that runs through the film industry in Nagaland is that its reputation is ruined by some movies that are ‘thoroughly bad in taste and quality’, and don’t leave the audience with ‘any good message’.
Anok Pongen, another filmmaker based in Dimapur, told Nagaland Page over the phone that there is a need for private investment to set up theatres in different districts as the idea of government-run cinema halls might not be feasible.
According to him, it was during 2005 that CDs and DVDs were in rage and people used to watch Nagamese movies. He said that now people in urban areas like Dimapur, even if they watch Nagamese films, they do it just to mock.
However, in villages people still watch the films with respect, he said.
While in the present scenario, anyone in Nagaland can make a film and release it without any certification or legal formalities, it wasn’t always the case.
Ghoito Yeptho, son of Ghoshito Yeptho (credited with making the first Nagamese movie) and head GB of Ghoshito village, told Nagaland Page that in the initial days, his father under the banner of Naga Film Production Centre used to certify the movies.
This procedure was followed by all the movies that were made back then, including those by Khamrang, he added.
Reminiscing about the old days at his residence in Eros Lane, Dimapur, Yeptho said that while he no longer remembers all the details, the first Nagamese movie Bosti Manu was made by his father in collaboration with a team from Calcutta (now Kolkata) in the early 1990s, and he had personally escorted the team till Guwahati after the shooting.

He also shared an interesting story: in the 1989 Bollywood movie Prem Pratigyaa, starring Mithun Chakraborty and Madhuri Dixit, Mithun was filmed donning a Sumi shawl in one of the songs.
That Sumi shawl, he said, was gifted to Mithun by his father. He said that his father wasn’t a trained filmmaker but had learnt everything out of interest.
It is worth noting that in the early 1990s, an English movie Demon Killer made by an Ao man was released in Mokokchung. Similarly, in the late 1990s, a Hindi movie named Khazane Ki Khoj was produced and released in Dimapur.