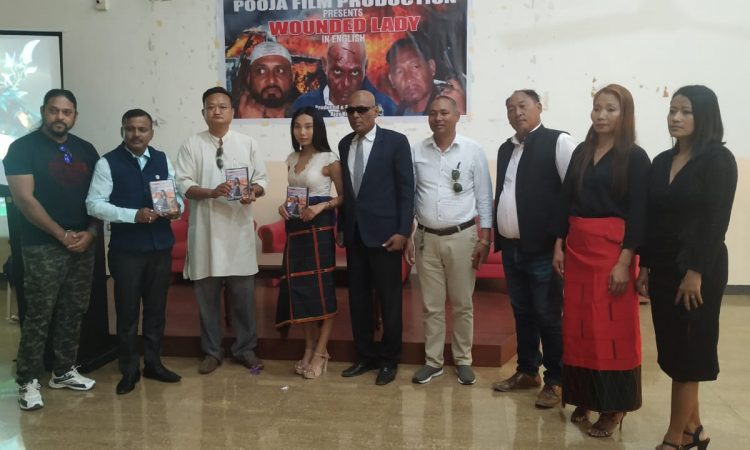 Speaking on the occasion, Bhattacharjee said that in Nagaland the film industry has much potential to create employment opportunities and requested the Government of Nagaland to promote the sector citing scenic locations for shooting and local talents.

Referring to Kumar as one of the senior-most filmmakers in the state, he said that it is time that the contributions of people like him should be acknowledged and added that the recent recognitions of a number of talents outside the state is like a dream come true.
Richard Humtsoe in his brief remark suggested that the film fraternity should work in collaboration with the government under the Information and Broadcasting Ministry and made the attendants aware of the existing schemes for filmmakers
He hoped that sooner or later the industry will achieve its greater goal.
Munna Yadav who also spoke on the occasion, mentioned that he started his career through the films produced by Kumar and claimed that he (Kumar) gives platform to all.
He, however, lamented that in the absence of cinema halls that can cater to the needs of the Nagamese films, the filmmakers are left with no revenue generation sources and there is no way for the people involved in the films to get the necessary exposure.
Earlier, talking about the film, Kumar revealed that the film was shot in 45 days and it’s a thriller/tragedy. He said that he has been in the industry for the last 27 years and while there is no market, he and other filmmakers continue to make films.
He urged the state government to take measures in promoting local talents as well as announced that from March 2021 he’d be working on his upcoming Assamese movie.
(Page News Service)