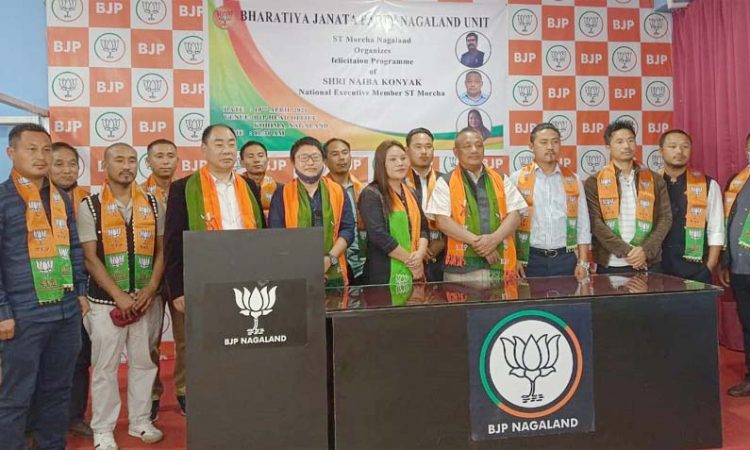 A press release from state general secretary, ST morcha BJP Nagaland, Kruto Tetseo stated that Naiba Konyak in his speech thanked and acknowledged the state BJP president and Nagaland’s minister, Temjen Imna Along for bestowing trust and believe in him and elevating him to the national level with the new assignment.
Further he also expressed gratitude to the Prime Minister of India, Narendra Modi and BJP national president JP Nadda for their outmost concerned for the state of Nagaland and bringing development in the state.
Earlier welcome address was delivered by state general and incharge of ST Morcha Nagaland while vote of thanks was delivered ST Morcha Secretary Limatushi and the programme was chaired by Wanphong (Awan) Konyak.
(Page News Service)