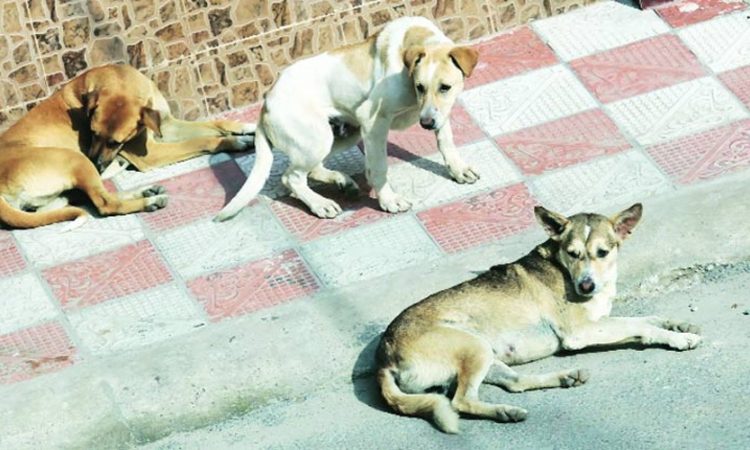 Kohima, July 3: The Government of Nagaland has banned the commercial import and trading of dogs and dog meat as well as the sale of dog meat – both cooked and uncooked with immediate effect till further notice.
A decision to this effect was taken at a State Cabinet meeting held today, said Minister for Planning & Coordination and Parliamentary Affairs, Neiba Kronu, who is also the Government spokesperson.
Considering the dangers of importing dogs from other states for consumption and also in line with The Prevention of Cruelty to Animals Act, 1960, Kronu said the State Cabinet decided to impose ban on commercial import and trading of dogs in the markets.
Chief Secretary Temjen Toy, in a tweet, also appreciated the decision taken by the State Cabinet on banning dog meat in the State.
The Cabinet decision comes in the wake of a complaint letter regarding the illegal consumption of dog meat and its trade in markets across Nagaland from the Federation of Indian Animal Protection Organizations (FOIAPO) addressed to Nagaland Chief Minister Neiphiu Rio, Chief Secretary Temjen Toy, Director General of Police T. John Longkumer and the Health Department on Thursday.
But the decision of the State Government to ban dog meat has come as a surprise to the people with a question whether the country is heading for “One Nation, One Food”.
First it was ban on beef and now dog meat after much pressure from animal activists; including Union Minister, Maneka Gandhi and some groups close to the ruling Hindu nationalist BJP led National Democratic Alliance (NDA) Government at the Centre.
Dog meat trade has been flourishing in the State over the year, especially in Kohima and Dimapur, where dog meat consumption is high. A kilo of dog meat was Rs 400 before the lockdown started due to the COVID-19 pandemic.
Over the years some hotels in Kohima city have been making fast bucks from dog meats – a most sought after meat, considered to be a tonic and energy boosting meat for weak and sick people.
In Kohima, the main market for sale of dog meat was PR Hill, where at least 100 dogs used to be killed daily. The dogs were mostly imported from Assam. Though in Nagaland every housekeep dog, local production of meat could not meet the demand for consumption.
The consumption of dog meat in Nagaland first came into limelight in 2016, when a legal notice was sent to the State Government seeking a ban on the sale of dog meat. Pictures of the super market in Dimapur, where the meat is sold, started doing the rounds and tourists, journalists and activists began to frequent the market to highlight the practices involved in the dog meat trade. Images of dog meat being sold in Nagaland and footage of dogs being slaughtered for consumption were used by animal rights activists to portray consumers of dog meat as abusive, and inhumane.
Defined as pests and looked at as a danger to society, stray dogs are a bane for citizens and municipal corporations in many cities. Besides introducing sterilization, rescue, and rehabilitation programme, many cities have chose to deal with the growing stray dog population by euthanizing in hundreds.
In 2012, a solution was submitted by a member of the Punjab Assembly, Ajit Singh Mofar. He had proposed that all the stray dogs in Punjab should be sent to Nagaland, Mizoram, and to China for whatever they do to the dog.
Killing dogs for meat is illegal under Section 429 of the Indian Penal Code, 1860, and Section 11 of The Prevention of Cruelty to Animals Act, 1960. Also, Food Safety and Standards Regulation, 2011 does not allow dogs, cats and other animals to be slaughtered for food.
Dog meat is a delicacy among certain Tibeto-Burman communities, especially in some states of Northeast India, particularly Mizoram, Nagaland, and Manipur but there are no formal regulation that regulates the dog meat market.
In Animal Slaughter Bill 2020, Mizoram Government removed dogs from the list of animals suitable for slaughter.
The Cabinet also reiterated the ban on import of pigs from outside the State following the outbreak of Swine Flu.
NSSB to have 3 members
Meanwhile, the State Cabinet also gave a green signal to set up Nagaland Staff Selection Board (NSSB).
Kronu said the Cabinet deliberated at length on the modalities of the NSSB and concluded that a three member board headed by a chairman will be appointed at the earliest.
(Page News Service)