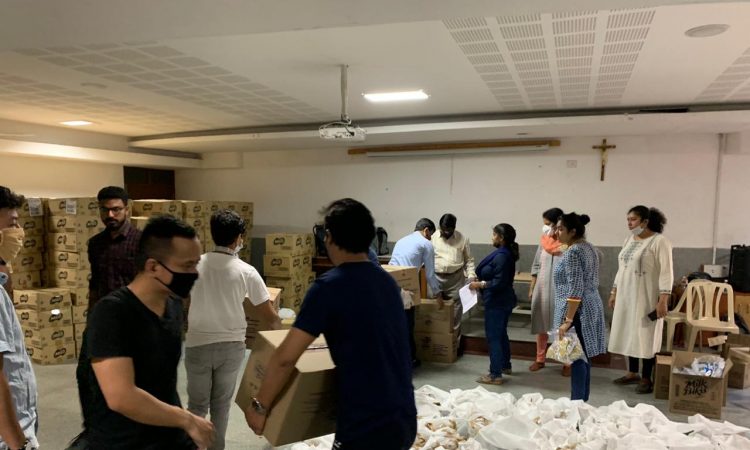 Volunteers of Naga Task Force Bengaluru were seen getting ready to distribute rations in Bengaluru on Sunday.

Kohima, May 31: Naga Task Force Bengaluru (NTFB) today extended voluntary service by distributing rations to the migrant workers and slum dwellers in the city amidst the ongoing lockdown.
The rations were provided by the Karanataka state level committee for coordinating with non-governmental organisations, private sectors, and international organisations for Covid-19, in which, Bruhat Bengaluru Mahanagara Palike and United Nations Children’s Fund are also a part.
On receiving a request from an IAS officer, who is a part of the committee, to provide them with volunteers, ‘we decided to extend our help in providing them with our volunteers and help the people in the city’, said Nuthipru Nienu, who is a member of NTFB and advisor to Naga Students’ Union Bengaluru.
The task force has provided 11-volunteers to the committee. From morning till night on Sunday, the volunteers distributed the rations arranged by the committee, to the people living in slum areas and migrant workers at train stations in various corners in the city. He said that they have provided rations especially to those who are really affected by the nationwide lockdown such as, migrant workers and slum dwellers.
“We were volunteering our services to the people here, on humanitarian ground. It is giving back to the society, to overall residents of the city and not only to the Naga people residing here”, Nienu said.
He said that the task force has extended volunteers to the committee and help distributed the rations to whichever places the committee wanted them to go. ‘In this way, we are giving back to the society and extending our support to the people, besides helping our own members here’. Further, by helping them, human relationship is being built with them, he added.
Meanwhile, the task force has also requested the committee to help them with rations in the form of dried foods, on the day of stranded Nagas boarding the train. The committee has given their positive response to look into the matter, Nienu added.
The NTFB have been actively involved in extending all possible help and support to its members residing in Bengaluru during the nationwide lockdowns. The task force is a joint effort of Eastern Naga Students’ Union Bengaluru and NSUB, to tackle the problems and to address various issues faced by its members during this lockdown. (Page News Service) 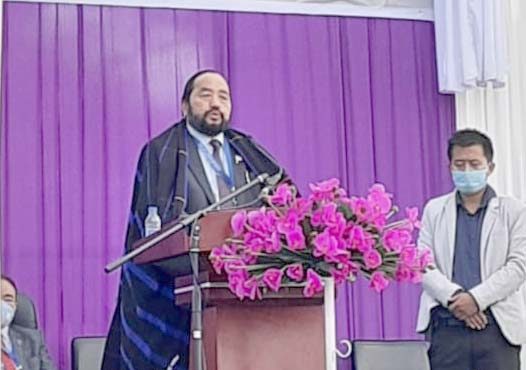