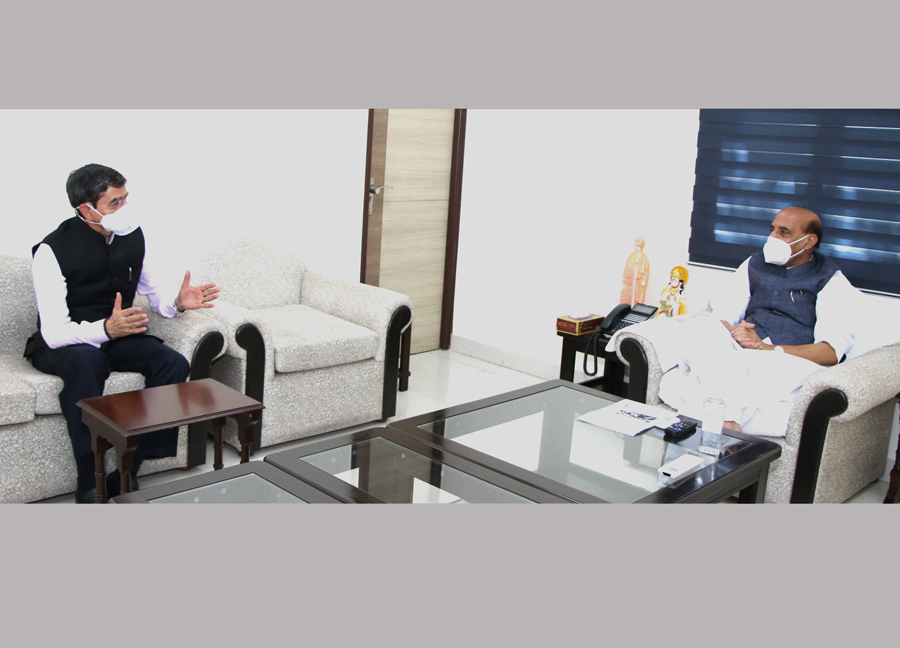 KOHIMA, SEPTEMBER 27: Nagaland Governor and the Union Government’s Interlocutor, R N Ravi is currently meeting Central leaders, including Defence Minister Rajnath Singh, at New Delhi, against the backdrop of uncertainty hovering over the Naga peace process.
Lately Ravi has been shuttling between Kohima and New Delhi meeting Central leaders possibly on the Naga issue.
The Union Government appears to be in hurry to sign the final agreement with the Naga groups engaged in peace process but the issue of flag and constitution has not been resolved with the National Socialist Council of Nagalim (Isak-Muivah).
Successive Prime Ministers have asked NSCN (IM) to be patient to hammer out solution but since the signing of truce in 1997, there have been a growing number of outfits which is taking a toll on the public.
The Centre has failed to check mushrooming of outfits, while some civil society organizations have recognized those outfits as Naga national groups. On the other hand, some organizations have been constantly voicing against extortion and collections by outfits, which Governor Ravi has taken serious note of.
At least 9 groups are engaged in peace process with the Government; another 5 groups are outside.
Sources said the NSCN (IM) has asked the Centre to resolve the issue of flag and constitution by this month. But Government has reportedly rejected the demand.
Sources said the Centre and the NSCN (IM) have almost finalized the competencies except flag and constitution.
The next round of formal talks is expected to be held next month, according to a source. Currently, Intelligence Bureau (IB) officials are holding talk with the NSCN (IM) top leaders.
Reportedly NSCN (IM) chairman, Q Tuccu and vice chairman, Tongmeth Wangnao have told the Union Government’s representatives about the importance of flag and constitution to sign the final agreement.
The Government of India said there will be only one agreement with the Naga groups but it remains to be seen whether this assertion will remain, as other groups said they are ready to ink an agreement.
(Page News Service)