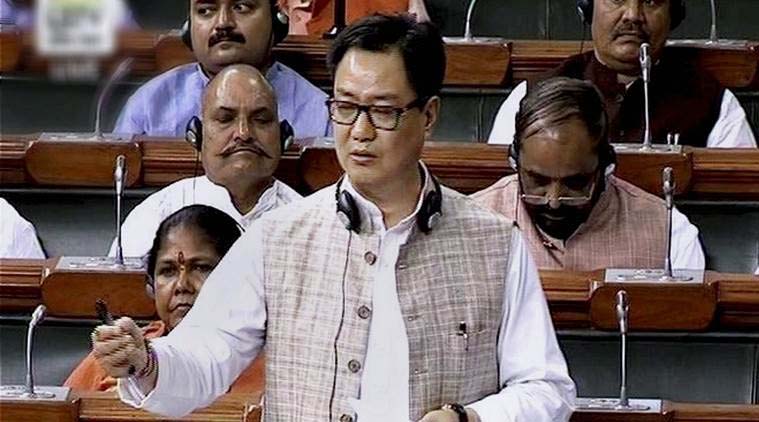 Dimapur, December 12: Minister of State for Home Affairs, Kiren Rijiju has said that Indo-Naga negotiation between Naga National Political Groups (NNPGs) and representatives of Government of India are at an advanced stage.
Replying to an unstarred question related to the progress of Naga political negotiations and the time by which it was likely to be finalized raised by Lok Sabha MP, Tokheho Yepthomi at the ongoing winter session of Parliament on December 11, the MoS Home said the Government of India was trying to finalize the negotiations as early as possible.
Meanwhile MP Lok Sabha Tokheho said the Government of India and the negotiating Naga National Political Groups have been making sincere efforts for an early and final solution to the Naga political issue. He appealed to all NNPGs to continue with their untiring efforts in negotiations for an early settlement of the Naga political issue.
In a press release, Tokheho also appealed to Churches and NGOs to continue and support the ongoing political negotiations that have come a long way.
“The negotiations are at a very crucial stage because all NNPGs have responded to the plea of the people to come to the negotiating table with the Government of India and this is an opportunity that the Naga people have been longing for decades. At this juncture Churches and NGOs should reinforce their roles as facilitators so that an early solution will end years of suffering and usher in peace and development for all Nagas,” said Tokheho. (Page News Service)