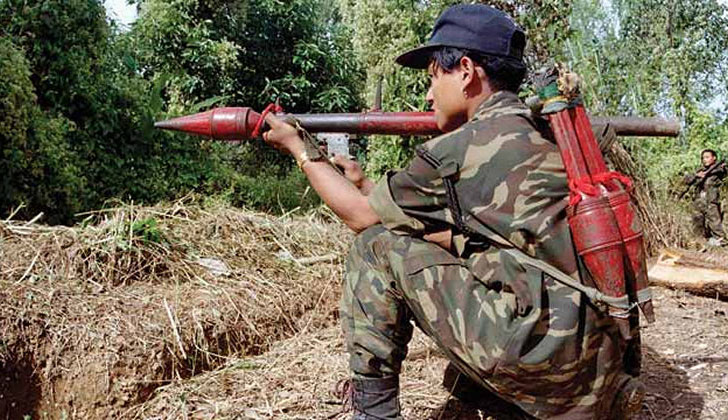 Lawi Weng
Mon, February 20: The National Socialist Council of Nagaland-Khaplang (NSCN-K) says the Myanmar military has continued pressuring it not to provide any shelter or support for ethnic Kathe rebels from India it says have crossed the border into western Sagaing Region.
“They kept pressuring us to stay away from the Kathe. They even told us that they will continue to search for Kathe in our area,” U Kyaw Wan Sein, a member of the NSCN-K’s central executive committee, told The Irrawaddy on Wednesday.
The NSCN-K has asked the military to stop the searches in areas the NSCN-K controls in order to preserve the peace.
“We asked them to stop the military operations they launched in our areas and to withdraw. But they have not stop,” U Kyaw Wan Sein said, warning that continued pressure could lead to fighting.
“We are human. We do not know when we will not be able to control our minds. Our region will have problems if they do not stop their military operations in our area,” he said.
State media on Tuesday reported that the military arrested four insurgents during operations in the Naga Self-Administered Zone of Sagaing Region between Feb. 8 and 19, captured a camp and recovered 53 weapons and ammunition.
The military seized the NSCN-K’s headquarters inside the zone on Jan. 29 after receiving information that Kathe rebels were staying in the area.
State media said the military has since arrested six NSCN-K members and six other insurgents in all and seized 79 weapons.
U Kyaw Wan Sein said the NSCN-K has asked the government and military to return its headquarters.
The NSCN-K signed a region-level truce with the government in April 2012. The government has urged the group to sign the Nationwide Ceasefire Agreement as well. But the NSCN-K says it will only do so if it can negotiate a peace deal that covers all members of the Naga community in both western Myanmar and eastern India. (Courtesy: The Irrawaddy)