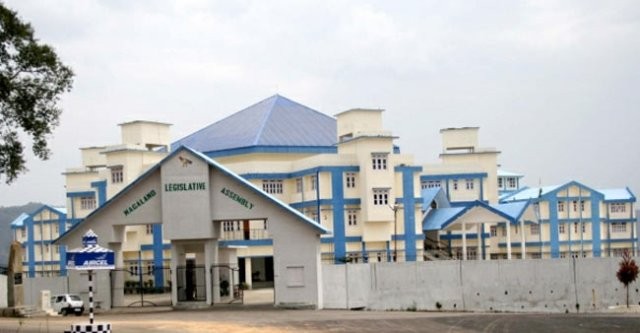 Kohima, February 16: Chief Minister Neiphiu Rio today stated that the Naga political issue has been the most important issue for the entire Naga society for almost a century and insisted that a political solution that is honourable and acceptable to the Naga people will usher in a new era of rapid economic growth, all round progress and greater employment opportunities for the youths of the State.

Participating in the special discussion on Naga Political Issue today at the 7th Session of the 13th Nagaland Legislative Assembly, Rio acknowledged the signing of the Framework Agreement on 3rd August 2015 between the Government of India and the NSCN (IM) and the subsequent signing of the Agreed Position on 17th November 2017 between the NNPG and the Government of India as a significant boost to the peace process.
Stating that a political solution that is honourable and acceptable to the Naga people will usher in a new era of all round progress in the State, the Chief Minister said, “We believe that given an encouraging environment, our youth and our children can achieve success and excellence in every field and in the national and international arenas. At this critical juncture, it is of utmost importance that the Naga society must stand as one, speak as one, and give a final push to collectively achieve a settlement and remove the shackles that burden our society once and for all.”
Rio also maintained that a democratic and just settlement of the Naga political issue will not only bring permanent peace and stability to the entire north eastern region of the country, but it will also directly strengthen the democratic foundations of India.
Calling upon all to rise above all differences and come together for the greater cause of “our land and our children”, the CM urged all sections of society to strive towards true and genuine unity.
He also expressed his desire as leader of the House to sound the aspirations of the people for a political solution that is honourable and inclusive, that upholds the democratic rights of our people.
Rio further appealed to all neighboring states to extend all possible cooperation so that the peace process can conclude in a successful manner, and peace and stability may come in the entire region.
The Chief Minister acknowledged the support, contribution and sacrifice of mass based civil society organizations, tribal hohos, Church organizations, Forum for Naga Reconciliation, and NGOs besides the Naga political parties towards the century long Naga political struggle while urging them to continue to work towards true Naga unity. (Page News Service)