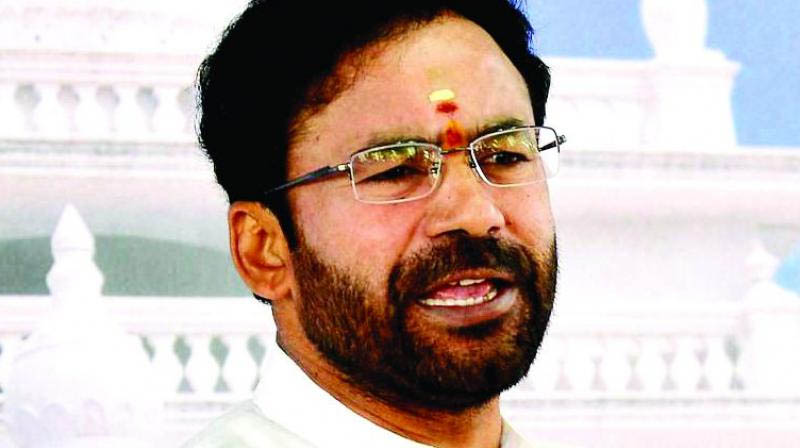 New Delhi, July 16: Talks between the Naga insurgent group NSCN-IM and an interlocutor of the central government are at an advanced stage, Union Minister of State for Home G Kishan Reddy said on Tuesday.
Reddy also said any disclosure of the details of the negotiations will be premature and prejudicial to the final settlement.
“Naga political negotiations are at an advanced stage,” he said replying a written question.
A framework agreement was signed on August 3, 2015, by NSCN-IM general secretary Thuingaleng Muivah and the government interlocutor in the presence of Prime Minister Narendra Modi.
The framework agreement came after over 80 rounds of negotiations spanning 18 years, with the first breakthrough made in 1997 when the ceasefire agreement was sealed after decades of insurgency in Nagaland, which started soon after India’s Independence in 1947.
Replying to another question, Reddy said negotiations between the Government of India and NSCN-IM have been going on since 1997.
“Significant progress has been made in these talks. Other Naga groups have also joined the peace process. Adequate care is being taken to protect the interest of all stakeholders including the neighbouring states in talks with Naga groups,” he said. (PTI)

Workshop on PFMS held at Kohima