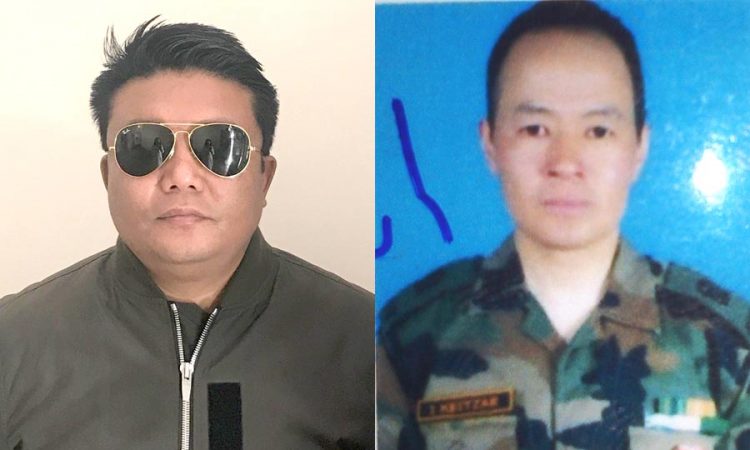 Dimapur, January 25: On the eve of Republic Day of India 2019, Indian Air Force officer from Nagaland, Wing Commander SA Jakhalu was awarded by the President of India the prestigious Presidential Award, the Vishisht Seva Medal (VSM) for dedication, extraordinarily contribution to the organisation and recognition to his distinguished meritorious service of highest order, which is given to selected exceptional few in all the three services by a committee.
This year he is the lone officer in the rank of Wing Commander in the entire IAF to be awarded. The officer belongs to Sumi tribe and is from Surumi village under Suruhuto sub division Zunheboto district.
According to Rajya Sanik Board Nagaland, the officer is an alumnus of RIMC Dehradun and joined National Defence Academy, Pune after clearing the UPSC and was commissioned in December 2000 from Air Force Academy Hyderabad as a fighter pilot. He was also earlier a recipient of the Vice Chief of Air Staff (VCAS) of Indian Air Force  commendation medal in the year 2012 for his administrative acumen, leadership, commitment and initiatives.
As per Government policy issued by the Union Ministry of Defence, the State Government shall also be presenting him cash grants for distinguished service medal and other benefits as per policy in vogue for the presidential awardees through Rajya Sainik Board Nagaland.
Shaurya Chakra
Another Naga officer, Major Imliakum Keitzar of the 4th Battlion Gorkha Rifles has been awarded “Shaurya Chakra”, the third highest gallantry award of the Indian Army, for displaying courage, selfless devotion, leadership and conspicuous gallantry in “Operation Rekha” in Jammu and Kashmir.
Major Keitzar is the only officer from the Northeast, among nine army personnel, who were awarded Shaurya Chakra for 2018-2019
On June 9, 2018, Maj Keitzar went in pursuit of terrorists hiding in the inhospitable and snow bound terrain, crawled in the steep and rugged high altitude terrain ahead of fence and closed in on to terrorists exposing him to their heavy volume of fire.
The officer showed extraordinary valour by eliminating three terrorists all by himself risking his life, time and again beyond the call of duty. The officer killed the first terrorist by closing in on him and firing multiple grenade launcher at close range. The officer further moved tactically towards the second terrorist and showing his raw courage shot him on his head risking his life to the terrorist’s spray of bullet. Sensing the presence of yet another terrorist, he endangered his life yet again and eliminated the third terrorist.
Major Keitzar was the company commander of Ismali-Di-Deri company of the 4th Battalion of the 4thGorkha Rifles.
Born in Kohima, Major Keitzar joined the Indian army in 2006 as Lieutenant after passing out from Officers Training Academy, Chennai. He also served in the Indian Air Force from 2000 to 2006. (Page News Service)