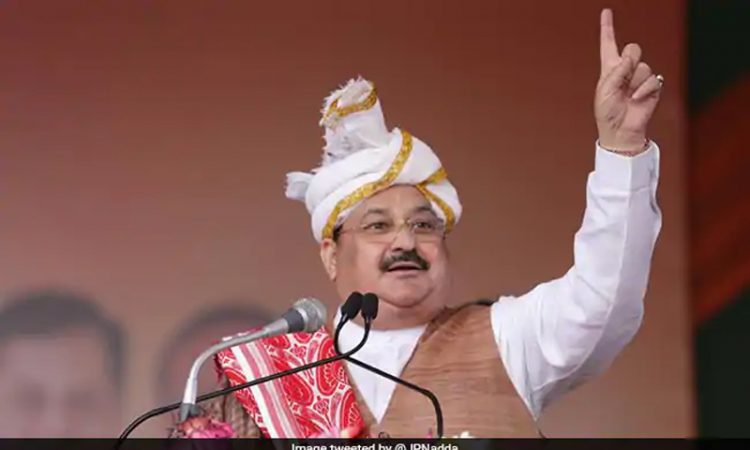 Discussions were held on wide-ranging issues related to the polls, including the strengthening of the party’s organisational structure, he told reporters here.
Nadda conducted three meetings with the members of the core committee, election committee and other office-bearers of the party’s state unit till late Monday night, Dass said.
He said that Nadda’s visit will inspire the party’s grassroot-level workers before the assembly elections due in March-April.
“I, on behalf of all party workers, express my gratefulness to him for his valuable guidance which will motivate all members to work hard during the polls,” he said.
The meetings were attended by Chief Minister Sarbananda Sonowal, senior minister and North East Democratic Alliance (NEDA) Convenor Himanta Biswa Sarma, the BJP’s Assam in-charge Baijayant J Panda and others.
The NEDA is the NDA’s version in the Northeast.
Nadda had officially launched the party’s campaign for the assembly polls in the state by addressing the ‘Vijay Sankalp’ Rally at Silchar on Monday.
He arrived in Guwahati on Monday night and held party meetings. He did not have any public engagement.
Nadda, along with Sonowal and Sarma, offered tributes to Swami Vivekananda on the occasion of his birth anniversary on Tuesday.
Accompanied by Dass and Panda, the BJP president also visited the Kamakhya Temple to offer prayers, before leaving for New Delhi. (PTI)

Deepor Beel in Assam to be beautified to attract tourists