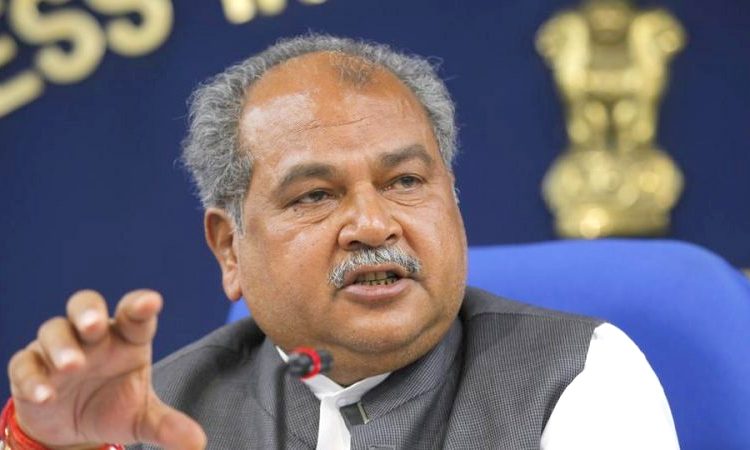 Nalbari, March 17: The northeast region which at one time used to reverberate with sound of gunshots has now become an island of peace due to the special interest shown by Prime Minister Narendra Modi towards its development, Union minister Narendra Singh Tomar said in poll-bound Assam on Wednesday.

Because of PM Modi’s efforts, Assam is already developing rapidly and the other northeast states of Meghalaya, Mizoram, Nagaland, Tripura, Manipur, Arunachal Pradesh and Sikkim too are well on their way to prosperity, the minister said while addressing an election rally here.
“During my interactions with various sections of people in Assam, I was told that the BJP will return to power as the BJP-led government’s biggest achievement has been halting militancy and stopping the killing of innocent people in the state.
“People told me that thousands of people were earlier killed by insurgents. But since the BJP-led government was formed in the state five years ago, not a single person has died in the hands of underground outfits. That is the biggest achievement of the present dispensation”, Tomar added.
The union minister was seeking votes for Narayan Deka, BJP nominee from Barkhetri assembly constituency, where polling will be held in the third phase on April 6.
The government has been working for peace, security and development and the people here have benefitted, he said.
Changes have now come to the economically challenged people with parameters of development reaching villages as the prime minister is working to improve the quality of life of citizens through various welfare schemes, he pointed out.
After becoming the Prime Minister in 2014, Modi(ji) had directed all his ministers to visit the northeastern states once in two months to monitor the implementation and progress of the welfare schemes of their respective departments, Tomar said.
The elections to the 126-member Assam assembly will be held in three phases, beginning on 27 March. The results will be announced on 2 May. (PTI)