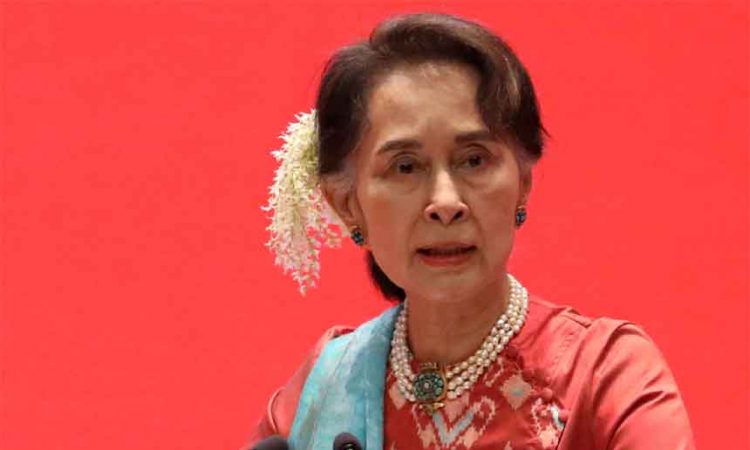 News sites Myanmar Now and the Irrawaddy said the announcement was made at a meeting on Friday with political parties that was boycotted by many, including Suu Kyi’s National League for Democracy (NLD).
The army seized power on February 1, overthrowing and detaining the elected civilian leader Suu Kyi, who led a non-violent struggle against dictatorship in the last 2 decades of the military’s 1962-2011 rule of Myanmar.
The military justified its coup by accusing the NLD of obtaining a landslide victory through a manipulated vote, though the electoral commission at that time had rejected its complaints. The NLD says it won fairly.
The military has pledged to hold an election within 2 years, and hand power to the winner.
The NLD had committed fraud “so we will have to dissolve the party’s registration”, the Chairman of the junta-appointed Union Election Commission (UEC), Thein Soe, was cited in the reports as saying.
He was quoted saying that those involved in election fraud “will be considered as traitors” and action taken against them. (Agencies)