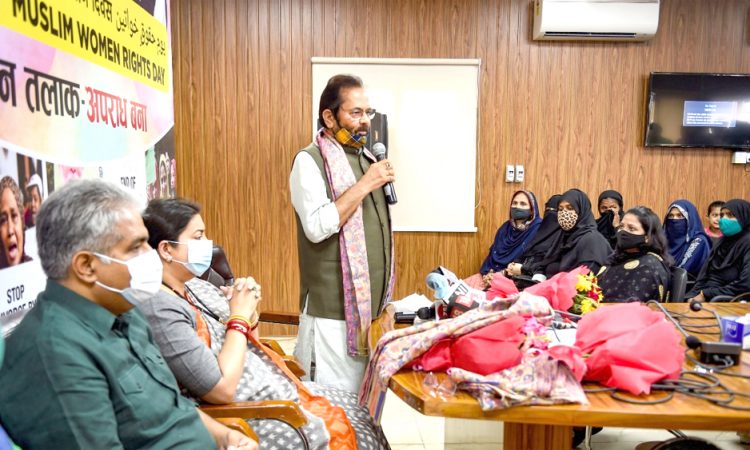 New Delhi, August 1: ‘Muslim Women’s Rights Day’ was observed by different organisations across the country on Sunday to mark the enactment of the law against triple talaq with victims of the “social evil” hailing the government for the legislation in their interaction with three Union ministers.

There is a significant decline in triple talaq cases across the country after the law came into effect, he said. (PTI)