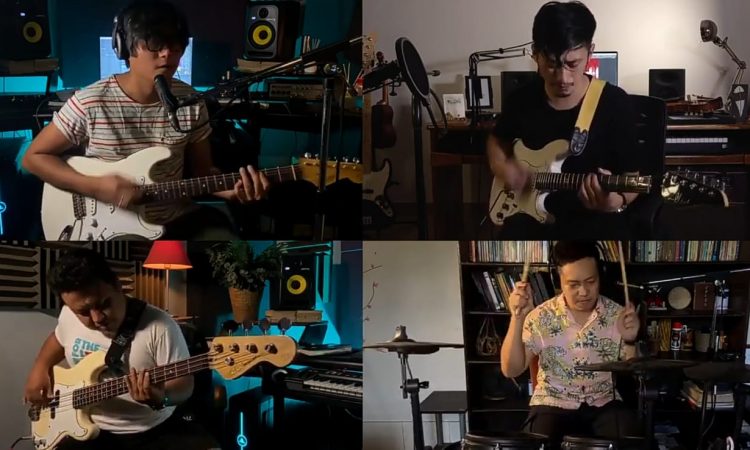 KOHIMA, JUNE 21: The saying, “Music is the universal language of humankind” has always been proved when the occasion arises, and time and again musicians and their patrons have demonstrated that human beings are capable of so much more when they are united for the same cause, as musicians and patrons of music from across the world came together on the occasion of Musicians’ Guild 6th World Music Day Virtual Celebration, which was held in tandem with Musicians’ Guild Music Awards on June 21.

During the event an amount of Rs.1,71,373 for COVID relief was raised within 3 hours.
Organisers of the event, who are also overseeing the fundraiser from the event, have informed that the donation line will be open till June 23.
Unlike previous years, the music scene in and around the world has been forced to go virtual. For Nagaland, the much awaited Musicians’ Guild Music Awards of Nagaland too had to switch to the virtual mode with the pandemic still rampant.
Despite the challenges Nagaland may face in terms of technical and logistical deficits, the statement “World music day was a success in Nagaland” can be justified by the fact that the event raised more than Rs. 1.7 lakh within 3 hours, which will be used to alleviate the plight of the people whose lives have been affected by the pandemic.”
Of the winners declared on Monday, Trance Effect’s Clowns was adjudged the best song of the year at the Musician’s Guild 6th World Music Day virtual Celebration, held in tandem with Musician’s Guild Music Awards on June 21.
When contacted for the band’s reaction on having achieved another milestone, Trance Effects front-woman Iuli Yeptho said “I feel so grateful and honoured to receive the award in the ‘Best Song of the Year’ category. All the nominees in our category were truly deserving and to consider that our band’s song was picked as the ‘Song of the Year’ is really gratifying to us a band, she added.
In the rock and roll category, just like the positive reaction the song received when it was released, Gimme Gimme by About Us was chosen as the ‘Best Rock Song’.
Famed Artist Abdon Mech of Dimapur won in the Indie category for his song Again. His song Give me my soul back also bagged the ‘Best Music Video’ of this year.