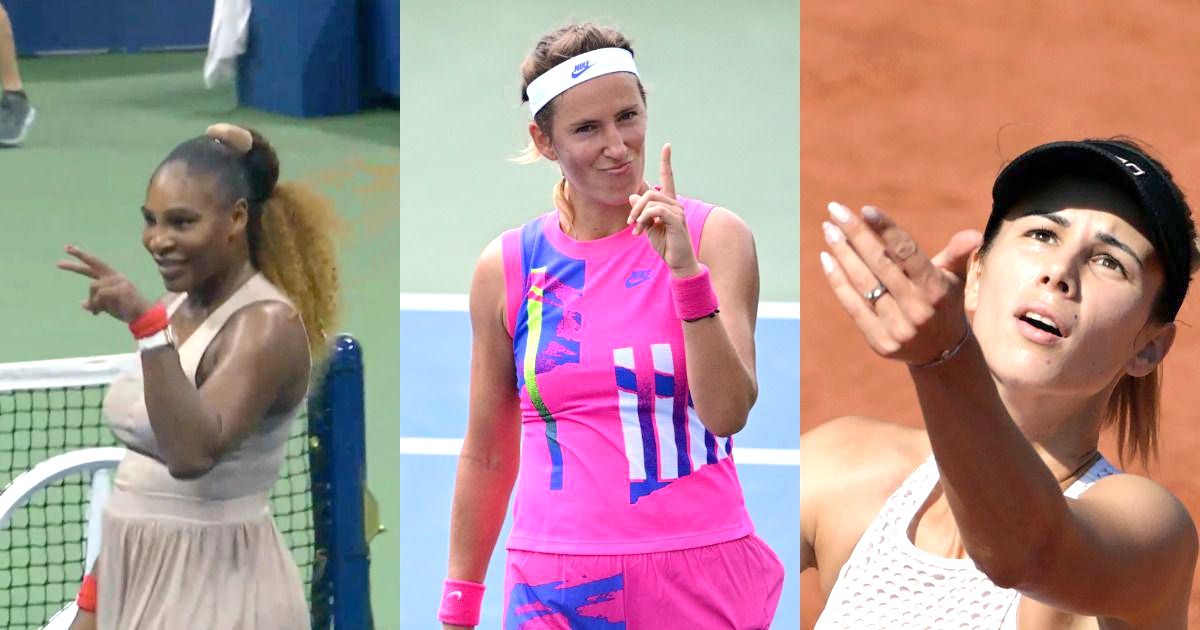 Serena Williams, Victoria Azarenka and Tsvetana Pironkova made up a ‘Band of Mothers’ who marched into the third round of the US Open

NEW YORK, September 4: Serena Williams, Victoria Azarenka and Tsvetana Pironkova made up a ‘Band of Mothers’ who marched into the third round of the US Open on Thursday.
Williams, Azarenka and Pironkova were part of a cluster of nine mums who started this week’s women’s singles tournament at Flushing Meadows.
Six of the nine — Kim Clijsters, Vera Zvonareva, Tatjana Maria, Kateryna Bondarenko, Patricia Maria Tig and Olga Govortsova — have been eliminated.
But unranked Bulgarian Pironkova — playing her first tournament in three years after a break to have her first child — prolonged her participation with a 7-5, 6-3 upset of Spanish 10th Garbine Muguruza.
Former world number one Williams also advanced later Thursday with a 6-2, 6-4 win over Russia’s Margarita Gasparyan.
Williams and Pironkova were later joined by Azarenka, another former world number one who beat Belarussian compatriot and fifth seed Aryna Sabalenka 6-1, 6-3.
Pironkova, who gave birth to her son Alexander in April 2018, says motherhood has given her a new perspective on her tennis career.
“Your priorities have nothing to do with what they did before,” she said Thursday.
“Nothing is the same really. Right now I’m just happy to be playing. Having the opportunity for him to watch me also makes me really happy.
“I don’t know how to really explain it. It’s just great to be playing without that extra pressure that I had on myself before.
“Before it was like almost life-and-death situation for me to win a match.
Right now it’s not really like that. It’s before all just enjoyment to be on the court.
Pironkova believes successfully combining motherhood with the life of an elite tennis player requires planning and motivation.
“It’s definitely not easy,” she said. “Obviously there’s a lot of challenges, but they are priorities in the first place. That would always be my son and my family and their health and happiness. I would never make a compromise with that.
“But if you make a good schedule, if you really have the right motivation, I guess you can combine the two things, motherhood and being a professional tennis player.
“It’s a lot of work, but everything takes work,” added Pironkova, who will face Croatian 18th seed Donna Vekic in the third round.
Only three women — Belgium’s Clijsters and Australians Evonne Goolagong and Margaret Court — have won Grand Slam singles titles in the Open era after having children.
Azarenka, meanwhile, said she hoped she could help inspire working parents everywhere.
“Pretty incredible, right?” she said when asked to comment on the nine mothers who started the tournament.
“There is a lot that goes into it in terms of balancing, a lot of things, and juggling two things,” Azarenka said.
“But identifying myself or other players just as mothers, I think that’s not the only thing that we are. We are also tennis players. We are also women who have dreams and goals and passions.
“Everybody has their own priority, they have their own list of where they rank being a mother is, but we are not — it’s not just being a mother. Your life doesn’t stop.
“I think to see that rise of women being able to fulfill their dreams, as well as balancing the motherhood, I think they all are heroes. I appreciate all of them.
“And I hope this continues to go on where women are inspired to do what they love to do but still being able to go after what they want. (AFP)