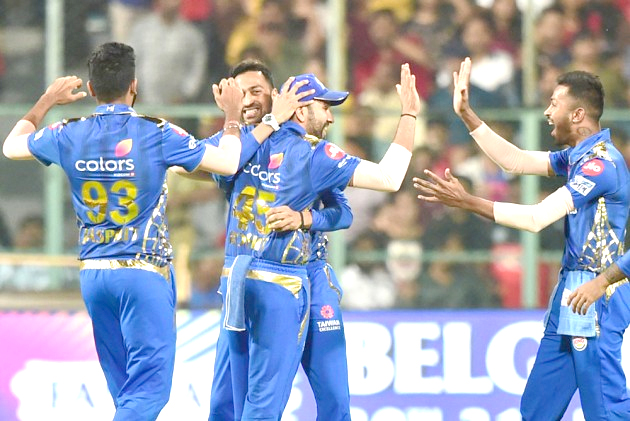 Bengaluru, March 29: An umpiring howler off the last delivery cost Royal Challengers Bangalore dearly as Mumbai Indians pipped the hosts by six runs largely due to Jasprit Bumrah’s brilliant spell at the death in an IPL encounter at M Chinnaswamy Stadium, Bengaluru on Thursday.
Needing six to take the game into Super Over, Lasith Malinga’s final delivery to Shivam Dube was a no-ball that was missed by the on-field umpires as RCB managed 181 for 5 in reply to 187 for 8 by Mumbai Indians.
What hurts them more was AB de Villiers, who nearly took his team to the victory with an unbeaten 70 off 41 balls would have faced the free-hit. Both umpires C Nandan and ICC Elite Panel’s S Ravi bungled completely leaving Virat Kohli seething in anger.
But nothing can be taken away from fit-again Bumrah’s mastery at the death as he singlehandedly won it for MI with superb 17th and 19th overs.
During the chase, Kohli signalled his intentions at the beginning itself hitting Jasprit Bumrah for three consecutive boundaries in one over. Hardik Pandya was slashed through the point and cover driven for successive boundaries.
Mayank Markande, who dismissed Parthiv Patel (31 off 22 balls) with a googly was hit for a straight boundary by Kohli. On the day, Kohli became the second man after Suresh Raina to complete 5000 runs in Indian Premier League.
De Villiers, who got a reprieve when Yuvraj Singh failed to anticipate a sharp chance in the slip cordon, got his act together and dispatched Markande into the stands. De Villiers then got his second six off Lasith Malinga to finally get into the groove. (PTI)