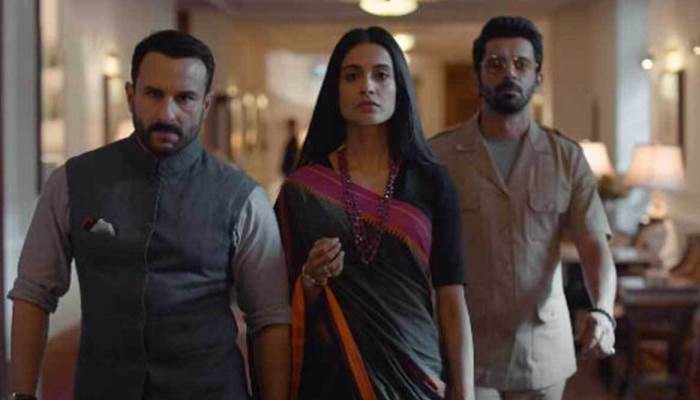 The Madhya Pradesh government will file a case against the makers of Amazon Prime Video series “Tandav” for allegedly hurting religious sentiments, state Hom Minister Narottam Mishra said on Tuesday. Chief Minister Shivraj Singh Chouhan also reacted to the controversy over depiction of Hindu deities in the web series, saying “no one has the right to hurt our faith and insult our deities”.
The makers of “Tandav” series, which stars Saif Ali Khan and Mohd Zeeshan Ayyub and is directed by Ali Abbas Zafar, on Monday apologised “unconditionally” if they had unintentionally hurt the sentiments of the people. At the heart of the controversy is a scene that features Ayyub’s college student Shiva playing the Hindu god Mahadev in a theatre production.
Talking to reporters here on Tuesday, Mishra said, “I condemn the way Zeeshan Ayyub, Saif Ali Khan and Ali Abbas Zafar reacted to our religion and hurt the sentiments.” “The Madhya Pradesh government will register a case in this regard,” Mishra said, when asked about the web series. The minister asked why no film has made a comment against any other religion so far? “Why do they target only Hindus? And why do other political parties feel bad when we oppose it? Politics of appeasement is not good,” he said.
Chief Minister Shivraj Singh Chouhan in a tweet said, “No one has the right to hurt our faith and insult our deities.” “The obscenity being served on OTT platforms is not good for our teenagers, so there is a need to closely monitor these platforms. The central government is taking suo motu (on its own) cognizance of this,” Chouhan said. Earlier, BJP MP Manoj Kotak from Mumbai North-East, Madhya Pradesh minister Vishvas Sarang and state Assembly’s protem Speaker Rameshwar Sharma appealed to Information and Broadcasting Minister Prakash Javadekar to ban the series.
Uttar Pradesh Chief Minister Yogi Adityanath’s media advisor Shalabhmani Tripathi on Monday said the makers of “Tandav” will have to pay the price for hurting religious sentiments. “Tandav”, starring actors Saif Ali Khan, Dimple Kapadia, Sunil Grover, Tigmanshu Dhulia, Dino Morea, Kumud Mishra, Mohd Zeeshan Ayyub, Gauhar Khan and Kritika Kamra, premiered on the streaming platform on Friday.
Taking cognisance of complaints over the web series, the Ministry of Information and Broadcasting on Sunday sought an explanation from the Amazon Prime Video on the issue. (PTI)