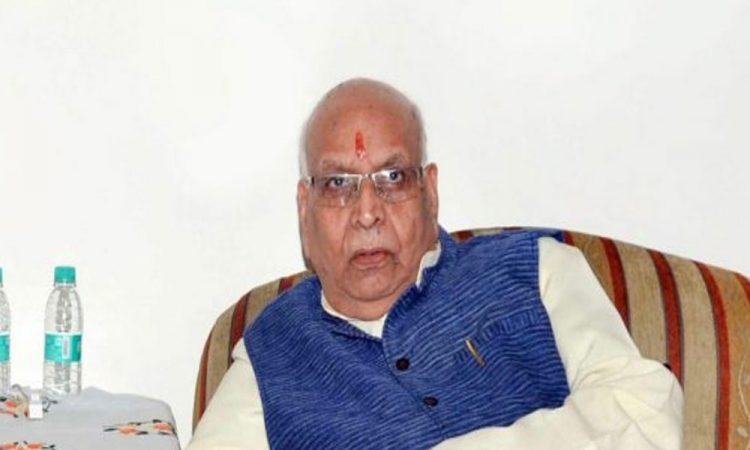 Lucknow, July 21: Madhya Pradesh Governor Lalji Tandon, a veteran political figure in Uttar Pradesh where he had served as a cabinet minister, died at a hospital here early Tuesday.
The 85-year-old was admitted to the hospital on June 11 with breathing problems, fever and difficulty in urination.
He died at 5:35 am in Medanata Hospital, according to his son Ashutosh Tandon, a UP cabinet minister.
Lalji Tandon is survived by wife and three sons.
His body will be kept at his official residence in Hazratganj and later at his Sindhi Tola residence in Chowk to enable people to pay their last respects.
The last journey will start at 4 in the evening for the Gulala Ghat where his last rites will be performed later in the day, Ashutosh Tandon said in a statement.
Condoling the demise of the governor, Prime Minister Narendra Modi said he will be remembered for his untiring efforts to serve society.
In a series of tweets, Modi recalled that Lalji Tandon played a key role in strengthening the BJP in Uttar Pradesh.
UP Chief Minister Yogi Adityanath and BSP President Mayawati also expressed grief over Tandon’s death.
The UP government has announced three days mourning as a mark of respect to Lalji Tandon, a former cabinet minister, a government spokesman said.
Belonging to the Atal Bihari Vajpayee and L K Advani era of BJP leaders, Lalji Tandon proved himself as an able administrator during his decades-long political career in Uttar Pradesh.
A former Lok Sabha MP, he was later given gubernatorial responsibility.
He took oath as Madhya Pradesh governor on July 29, 2019, when the Congress was in power in the state, after serving in the same post in Bihar for nearly 11 months. (PTI)