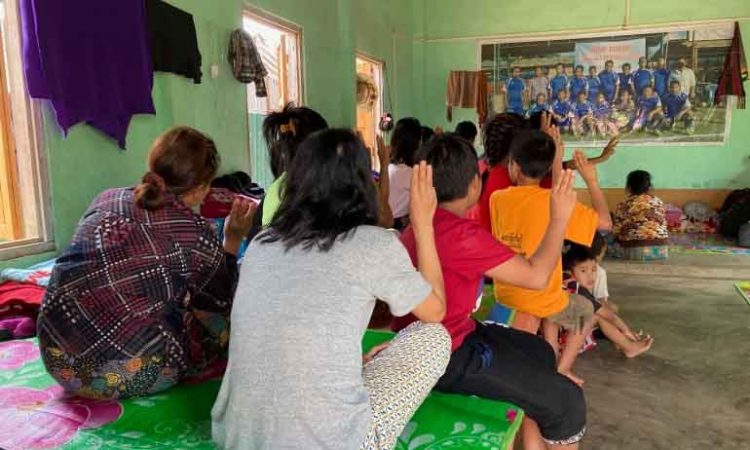 AIZAWL, MAY 21: More than 5,600 Myanmar nationals, including 18 lawmakers have so far sneaked into Mizoram since the military seized power in the neighbouring country in February, a police officer said on Friday.
More than 100 refugees have returned to their country, the police officer told PTI on condition of anonymity.

The United Nations Refugee Agency (UNHCR) on Thursday had said that in Myanmar, as of last week, approximately 60,700 women, children and men have been internally displaced and that an estimated 4,000-6,000 of them had made their way to India.
Quoting data with the Crime Investigation Department (CID) of state police, which dealt with Myanmar refugees, the official said that a total of 5,673 Myanmar nationals have taken refuge in Mizoram alone with the border district Champhai housing the most at 3,170.
He said that at least 18 members of the Myanmar parliament belonging to the National League for Democracy (NLD) party are among those who have taken refuge in the state.
He said that the actual figure could be more as some refugees have come in but have remained unrecorded.
According to the officer, the Myanmar nationals are currently living in 9 districts, including the state capital Aizawl. Six Mizoram districts- Champhai, Siaha, Lawngtlai, Serchhip, Hnahthial and Saitual share a 510 km long international border with Myanmar.
The southernmost Lawngtlai district is housing 887 Myanmar nationals, Siaha district- 633, Aizawl district- 419, Hnahthial district- 313, Saitual district- 112, Serchhip district 62, Lunglei district- 41 and Kolasib district, which borders Assam, has 36 refugges.
The majority of Myanmar nationals are being provided food by local NGOs, while some are being sheltered by villagers.

Meanwhile, state spokesperson on Covid-19 Dr Pachuau Lalmalsawma said that some Myanmar nationals have been found infected with Covid-19.
He however, could not place a number on the number of refugees suffering from Covid-19.
The official said that a 61-year-old woman from Myanmar, who died of Covid-19 on May 17, was not a refugee but a visitor, who came to see her relatives.(PTI)