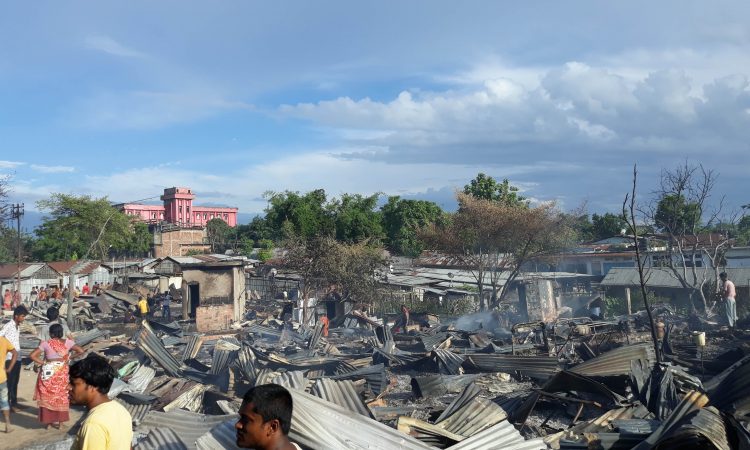 Minor girl charred to death
Dimapur, July 7: More than 500 houses were razed to the ground in Dudu Colony, along the Assam-Nagaland border, affecting more than 500 families. One minor girl was also killed in the inferno, while two are missing while filing this report.
Timely response from the fire team in Dimapur and Chumukedima prevented the fire from spreading further.
Talking to Nagaland Page, SDPO Bokajan, John Das said that the fire took place at Dudu Colony under Khatkhati Police Station, where more than 500 houses were razed to the down, besides one minor girl was charred to death.
As soon as the fire was reported, 6 fire tenders from Dimapur were pressed into service, which took more than 2 hours to contain the fire. Two fire tenders from Bokajan also joined in the fight.
The response team from Dimapur was led by OC A Wati Jamir and Duty Commander, SI Mezovilie Martin, SI Thungathung, SI Kennyhun Kent and ASI G Niamlungpou Gonmei.
(Page News Service)