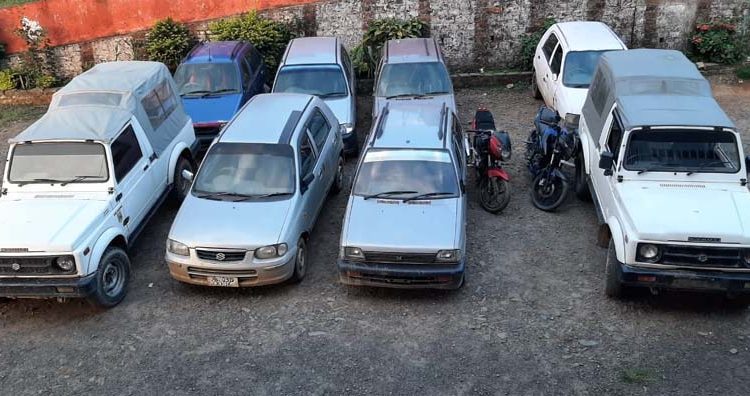 Dimapur, June 8: Mokokchung Police has arrested a gang of inter-district car thieves, and recovered 10 stolen vehicles in the process.

A press release from Mokokchung Police on Tuesday informed that the arrests of 7 persons were made with help from Wokha Police.
The arrested persons have been identified as Nzubemo (29), Myanthung (27), Nchumbemo (27), Amos (41), Kumar Chetri (35), Phyobemo (34) and Imnalemba (28).
Narrating the sequence of events that led to the busting of the gang, it informed that on the midnight of May 25, one person was arrested at Aongza ward in Mokokchung while trying to flee with a stolen motorcycle.
A case was registered and during the investigation, the involvement of 6 other persons was revealed.
Four out of the remaining 6 were arrested from Wokha with the help of Wokha Police while the other 2 were arrested from Mokokchung.