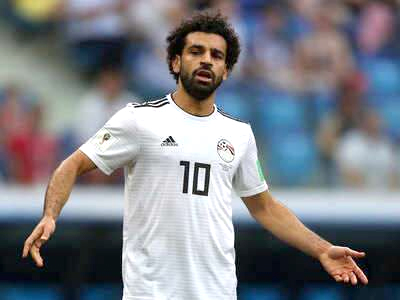 It has been widely reported the Reds had refused to release Salah and Galatasaray had also done so for Mostafa Mohamed for the tournament between July 21-August 7.
The 22-man squad, named by under 23 coach Shawky Gharib on Friday, included Al-Ahly goalkeeper Mohamed El-Shenawy, Ittihad’s Ahmed Hegazy and Zamalek’s Mahmoud el-Wensh.
The Turkish club are taking part in July’s Champions league play-offs against PSV Eindhoven.
The Pharaohs qualified for Tokyo’s Games after their U-23 AFCON triumph in 2019.

They are in Group C, playing alongside Argentina, Spain, and Australia. (AFP)