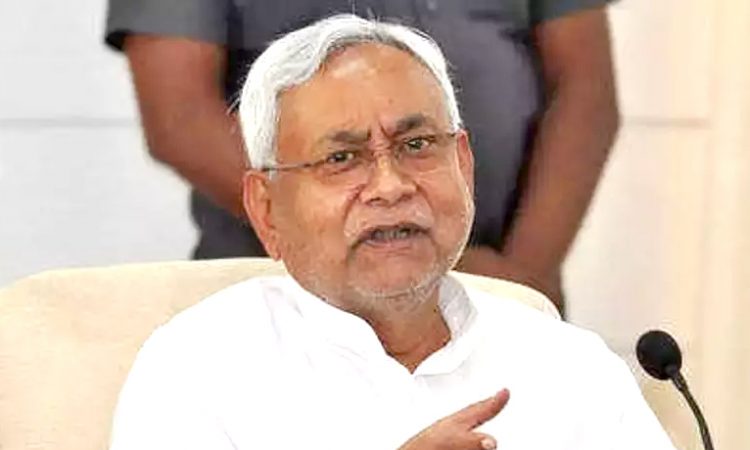 Patna, October 28: Bringing the ‘Modi factor’ to the fore of the poll campaign, Chief Minister Nitish Kumar on Wednesday devoted his speech at a BJP rally here to development works undertaken by the prime minister for Bihar and said Narendra Modi will make it a “developed” state if the ruling NDA is voted back to power.
Lavishing praise on Modi, Kumar referred to a slew of projects to assert that the people of Bihar can never forget what he has done for the state.
“Listening to his (Modi’s) appeal, if you give the NDA one more chance to work in the state, then you take it for sure that he will transform it into a developed state. Bihar with march ahead,” he said.
Locked in a keen electoral battle with the RJD-led opposition amid a perceived anti-incumbency against Kumar’s nearly 15-year tenure as chief minister, the National Democratic Alliance is banking strongly on the ‘Modi factor’ to help it romp home.
In the state capital and several other places, BJP’s posters carrying the prime minister’s photographs and its symbol, among with that of allies, have been put up prominently, assuring voters that he will bring them jobs — a central theme of the Bihar assembly polls — and other developments in the same way he has brought them roads and electricity.
In his speech, Kumar, the JD(U) president, spoke about the Patna metro project, smart cities plan and the Ujjwala scheme among other measures to laud Modi.
He has done so much for building roads and bridges in the state, the chief minister said in his brief speech.
Kumar also praised Modi for his initiatives in dealing with the COVID-19 pandemic. Referring to the free ration scheme for over 80 crore poor in the country between April and November, the chief minister said, “This is not a small thing.”
The NDA has projected Kumar as its chief ministerial candidate.
Opposition leader Tejashwi Yadav, the chief ministerial face of his alliance, has launched an aggressive campaign around the theme of “unemployment and corruption” in the NDA government in the state and has protected himself as a harbinger of hope and change.
The NDA, on the other hand, has been raking up the issue of the “15-year-misrule” during the previous RJD regime from 1990 to 2005. (PTI)