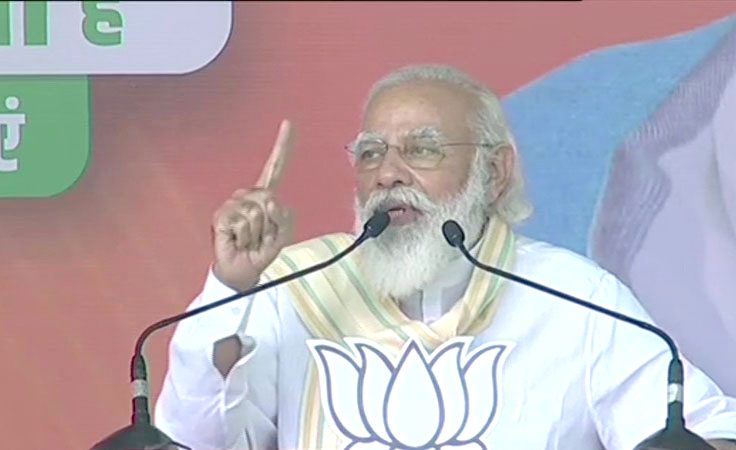 Chapra/Samastipur, November 1: Prime Minister Narendra Modi on Sunday excoriated the opposition over the Pulwama attack after Pakistan’s admission of complicity in it, saying it has “taken masks off” the faces of those in India who never cared for the “sons of Bihar” who lost their lives in the assault.
Addressing an election rally in Chapra, he also sought to appeal to Bihari sensitivities by speaking about ‘chhath’ puja, saying their “son” will ensure that kitchen fires are kept burning despite the COVID pandemic.
Addressing another rally in Samastipur, Modi said On one side of the political divide was the NDA which was committed to democracy and on the other an alliance devoted to dynastic politics.
“Has any relative of (Bihar Chief Minister) Nitish Kumar been sent to Rajya Sabha? Do you find any relative of Modi in Parliament?” he asked the audience in Samastipur which responded with a resounding “No”.
“A few days ago, our neighbour confessed to its involvement in the Pulwama terror attack,” Modi said referring to a statement made on the floor of Pakistan National Assembly by minister Fawad Chaudhry who credited Premier Imran Khan for the “success in Pulwama” where “humne Hindustan ko ghar mein ghus kar maara (we hit India on its own soil)”.
“The admission has also taken the masks off our opponents who never actually cared for the lives we lost in the suicide attack which killed many sons of Bihar. They have always been more preoccupied with their political gains,” said Modi referring to the questions that were raised about the Balakot air strikes that followed the terrorist strike.
He asked the electorate to “beware of such elements” who are seeking their votes.
Modi also berated the RJD-Congress combine in Bihar, calling it an alliance of “double-double yuvraj” (two crown princes) whose sole concern was to protect their “respective thrones”.
“On the one hand, there is development brought in by the double engine government of the NDA. On the other there are these double-double yuvraj with the sole agenda of saving their thrones,” he said referring to Tejashwi Yadav and Rahul Gandhi who have shared the stage during elections quite a few times.
“One of them failed in UP a few years ago and is now lending his support to the ‘yuvraj of jungle raj’ in Bihar.
They are going to fail here again,” Modi said recalling the short-lived SP-Congress alliance which was trounced in the assembly polls of Uttar Pradesh in 2017.
In a bid to strike a chord with the state’s women voters, the prime minister said, “My mothers need not worry about whether they would be able to afford Chhath festivities a few weeks from now. Do remember this son of yours is sitting in Delhi. He will take care of all your needs”.
Modi said the oppsition alliance remembered the poor only during the elections, and once they were over, they forgot them and cared only for their own family.
He also assailed the Congress party for “conveniently forgetting” Sardar Patel on his birth anniversary yesterday.
“Did he belong to the RSS, the Jana Sangh or the BJP? No. He was a Congressman but that party chose to forget him even on his birth anniversary,” he said.
The prime minister also referred to a video, which has gone viral on the social media, where an old village woman snaps at a journalist who poses her the question “what has Modi done for you?.
“I was impressed when the woman fluently spoke about the welfare measures undertaken by our government and hurled the counter question when Modi has done so much for us, do you expect us to vote for you and not for him? She expressed the sentiment shared by most voters of Bihar,” Modi said.
He said the turnout in the first phase of poll proved pundits wrong and suggested that the NDA was set to return to power again.
“This has left our opponents frustrated. They have started pushing and shoving their own supporters,” said Modi in a veiled reference to a recent video of Tejashwi Yadav where he grabbed a supporter by the arm and pushed him aside.
Modi also raked up the issue of “ill treatment and insult” to former union minister Raghuvansh Prasad Singh by the family of RJD supremo Lalu Prasad which ultimately led to the founding member quitting the party a day before his death.
Although Singh, a hugely respected leader, belonged to the neighboring Vaishali district, the treatment meted out to him is said to have angered his fellow Rajputs who have a sizeable presence in Chapra.
Harping on the alleged lawlessness under the Lalu- Rabri governments, Modi referred to the folklore about “lakadsunghwa”, a mysterious child-lifter against whom parents used to warn their children to prevent them from stepping out of homes after dark.
“The kidnappers were like the lakadsunghwa. They endangered not just children, but engineers, contractors and people from all walks of life,” Modi said urging the voters to reject the RJD-led Grand alliance like “bad food which causes us indigestion after which we make up our mind never to try it again”. (PTI) 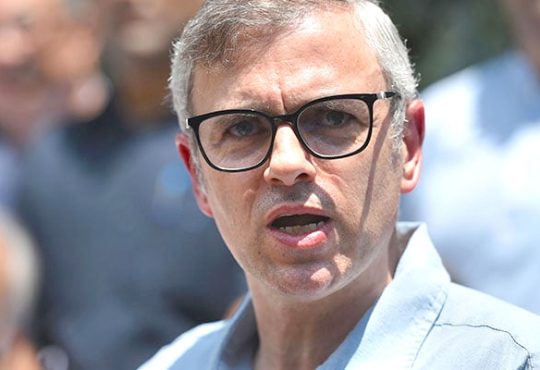 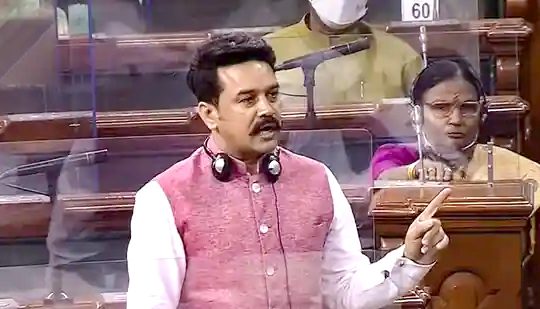